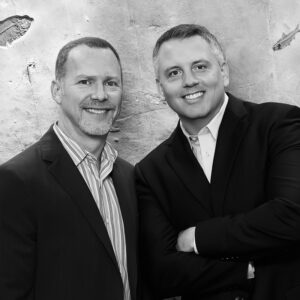 A commitment to excellence

For over 20 years, Gregg Whittecar and Arron Rimpley have had an unwavering commitment to showcasing the finest in British art pottery and ceramics. In 1999, they co-founded Whitley Collection — an innovative company devoted to bringing the most unique and rare items to their customers as well as providing a superior level of service.

Gregg Whittecar has more than 25 years in the fine arts business, with well over a decade dealing in Royal Doulton. Gregg has worked in every facet of the field: sales, customer service, gallery direction and corporate buying. After being recruited in 1987, Gregg moved from his home state of Kansas to begin a new career in Miami.

It didn’t take long for Gregg to become fascinated with the art scene that was happening in South Florida. Combining his enthusiasm and knowledge of fine art and sculpture, Gregg became a Gallery Director for a Florida-based company and quickly moved up the ranks, eventually traveling the US opening new galleries and coordinating art shows. This passion eventually led him to the world of art pottery and ceramics.

Arron Rimpley‘s fascination with art and antiques began at an early age. A native of Colorado, Arron spent his summers in Central City, Nebraska restoring antique furniture with his grandmother. The two spent hours bringing dilapidated furniture back to its former glory. When not restoring furniture, Arron and his grandmother would drive from rummage sale to antique shop looking for that elusive treasure. After graduating from college in 1992, Arron was able to realize his dream of working in the world of art and antiques as he travels the world — still searching for elusive treasures!

Gregg and Arron combined their knowledge in 2002 when they co-authored the book: Royal Doulton: A Legacy of Excellence 1872-1945. Lavishly illustrated with over 600 color photographs, the book highlights the rise and expansion of the Royal Doulton Company. For more than a year, Gregg and Arron spent countless hours on both sides of the Atlantic photographing and cataloging over 1,400 artware pieces for the book.

Gregg and Arron are once again at the forefront of bringing exceptional art creations to the world with their latest venture, Eostone – a company that specializes in bringing breathtaking, 50-million year old natural stone fossil artifacts from a private quarry in Wyoming to private collectors around the world.

Elizabeth, Figure of the Year 2014, is radiant in pink, as she walks amongst the flowers in her garden, enjoying their delicate perfume. Inspired by the warm tones of the traditional English Rose, Elizabeth’s blush pink dress is decorated with clusters of roses in deeper contrasting shades. The rosy theme continues to her broad brimmed hat, where a hand-made rose secures the ribbon around its crown.