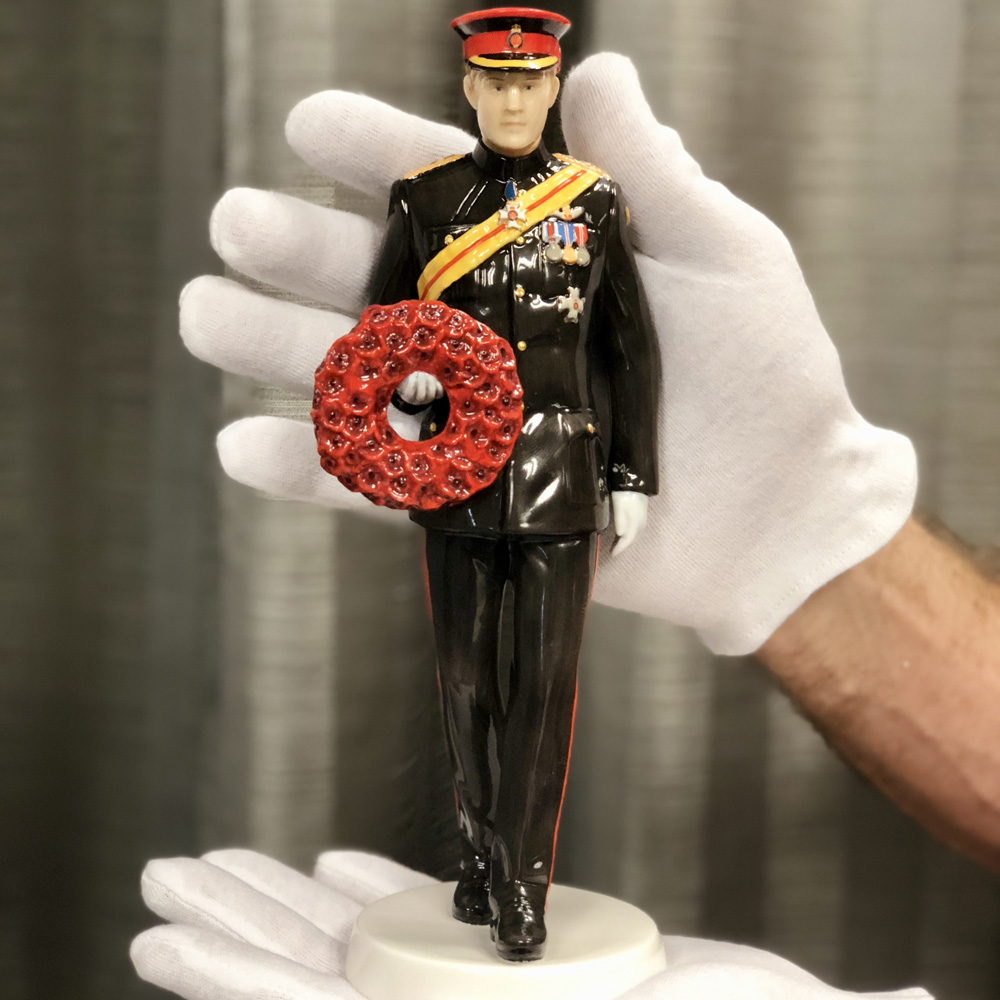 Royal Doulton “Remembering Our Fallen Heroes” depicts His Royal Highness, Prince Harry of Wales, laying the ceremonial wreath of poppies at the annual Service of Remembrance, which was held at the National Memorial Arboretum in Staffordshire, UK, on Armistice Day, November 11, 2016.

Modeled by sculptor Neil Welch, “Remembering Our Fallen Heroes” is inspired by the famous images of HRH Prince Harry attending the remembrance service at the Armed Forces Memorial with veterans and representatives of the British Royal Navy, Army, and Air Force. Prince Harry served for 10 years in the British Army and was twice deployed to Afghanistan.

The royal prince is depicted as he was that day, proudly wearing the uniform of The Household Cavalry. Having earned the rank of Captain in the British Army, the prince is shown decorated with the Operational Service Medal for Afghanistan, the Queen’s Golden Jubilee medal, and the Queen’s Diamond Jubilee medal. Harry also wears his Army Air Corps wings, as well as the Star of a Knight Commander of the Royal Victorian Order (KCVO). 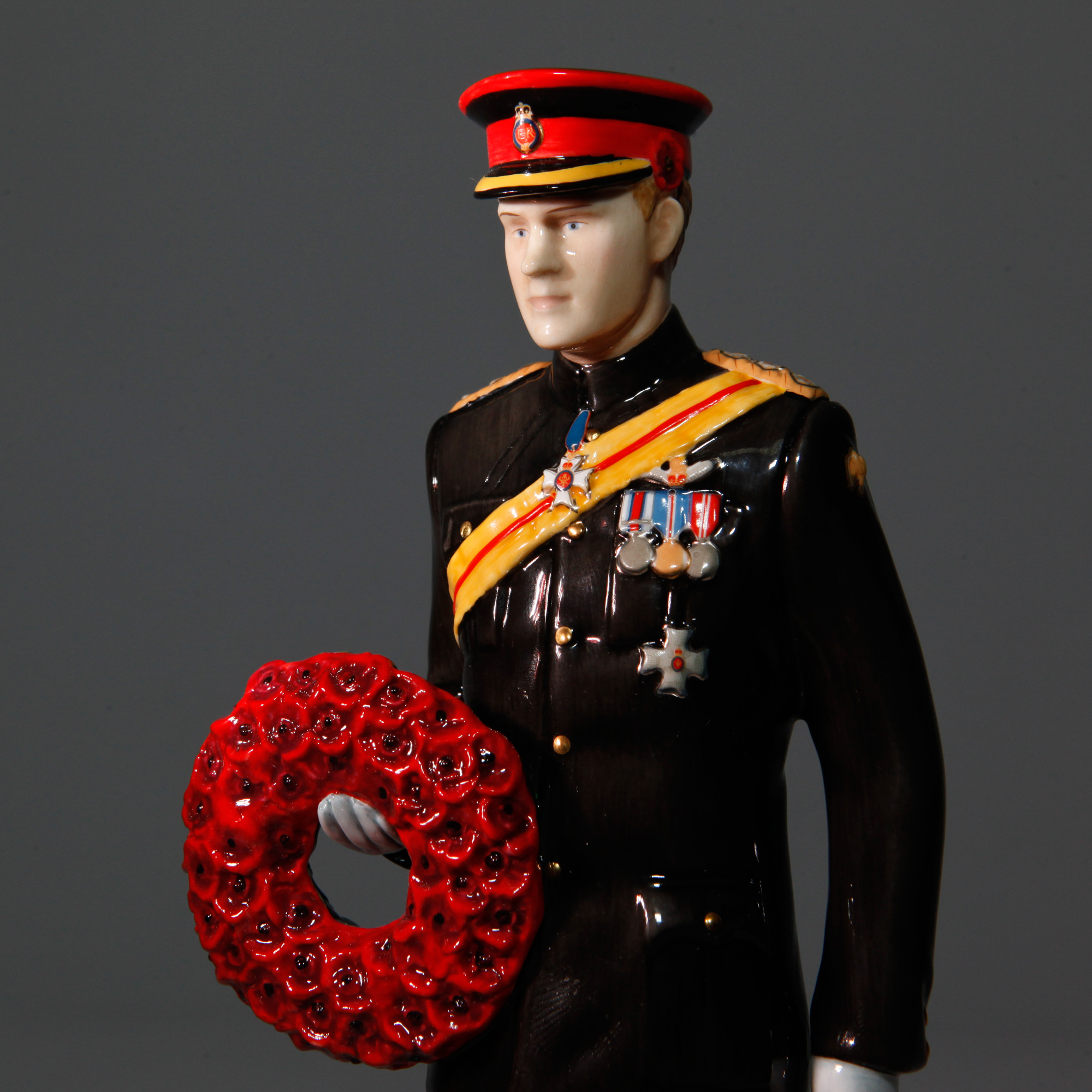 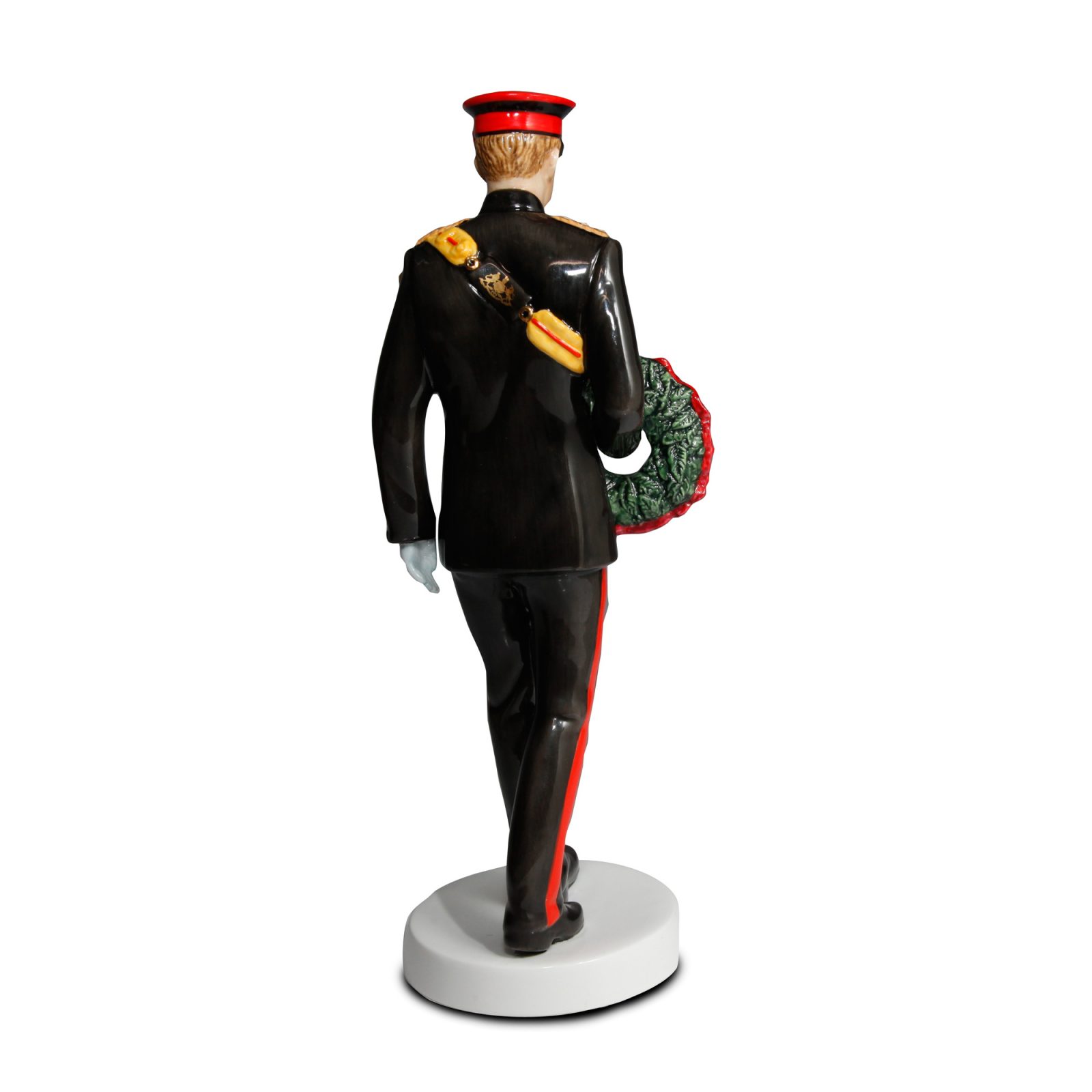 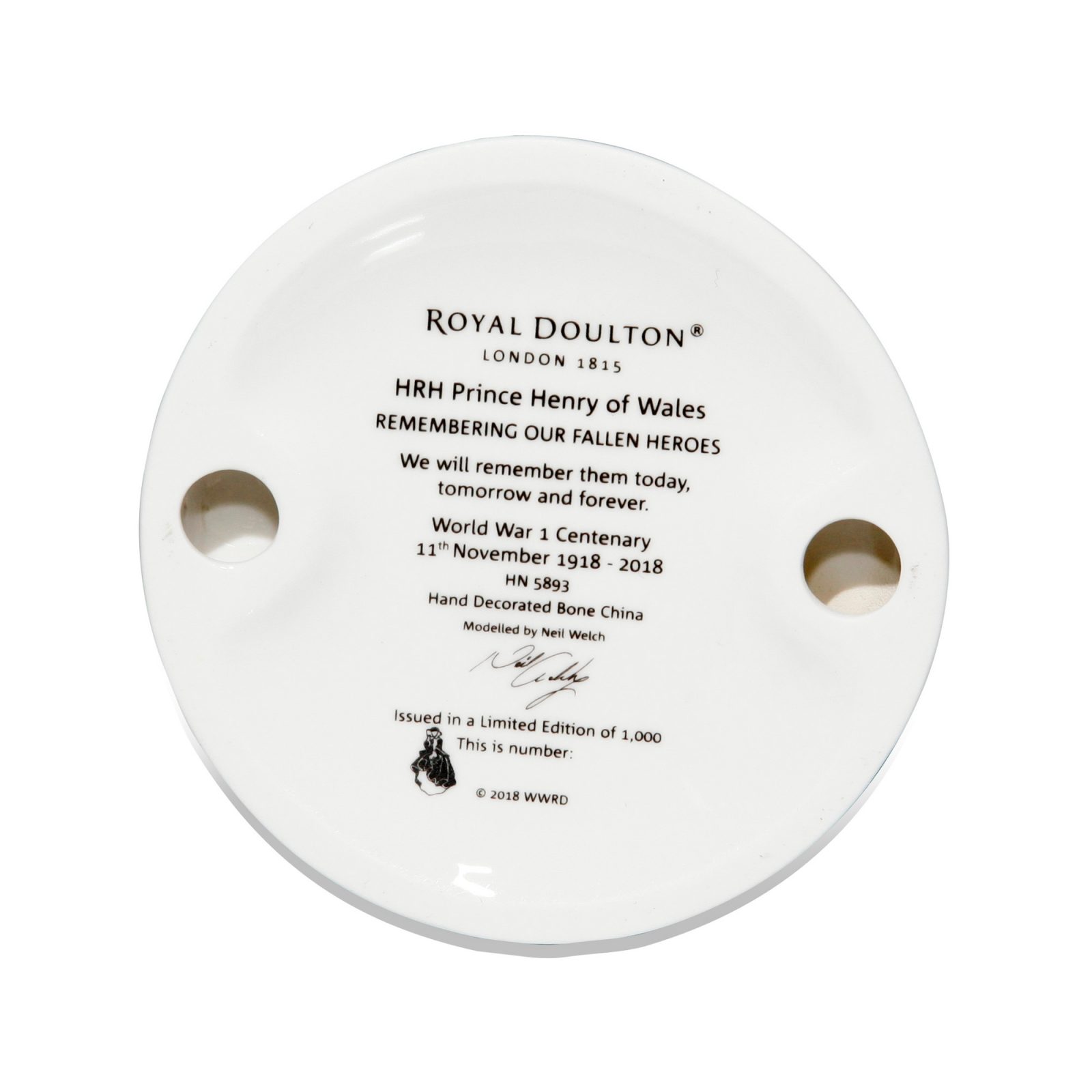 In a moving Service of Remembrance that day, the younger son of Princess Diana of Wales laid a ceremonial wreath of poppies as a mark of respect. Afterwards, the prince read aloud from the famous World War I poem “The Soldier” by Rupert Brooke.

The solemn Service of Remembrance has been performed each year since the end of World War I to honor fallen British service personnel, and, inspired by the World War I poem “In Flanders Fields,” the remembrance poppy has been used since 1921 to commemorate servicemen and women killed in all worldwide conflicts.

This exclusive Royal Doulton figure of Prince Harry has been issued in a limited edition of just 1,000 figures.

Reserve “(Armistice Day) Remembering Our Fallen Heroes” now to own this lasting memory of British Royals history. Due to the overwhelming demand for this commemorative figure, please allow additional time to fulfill and ship your order.