The Royal Doulton Anne of Cleves HN3356 Figure features Anne of Cleves dressed in her highly detailed royal garments in green and gold. Anne is adorned with a matching choker and gold necklaces. She is sitting in a chair with a needle point embroidery loop in her left hand. A small table sits by her side holding her sewing supplies. 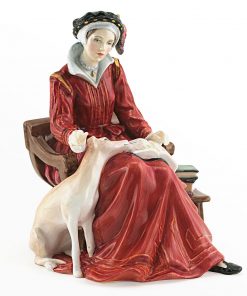 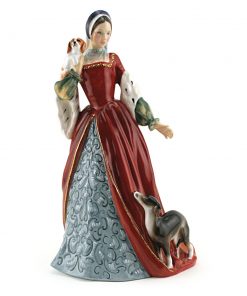