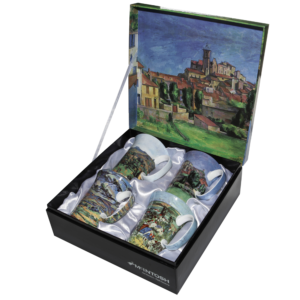 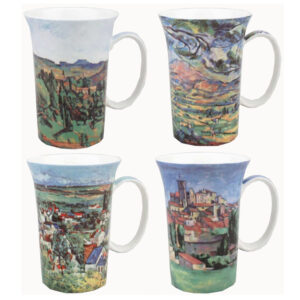 The influential French painter Cezanne led the transition from 19th century Impressionism towards the Cubist movement of the 20th century, particularly in his later work. He is credited with opening up the possibility of portraying multiple points of view within a painting.

Each mug set arrives in a deluxe satin-lined presentation box. Mugs are dishwasher and microwave safe. 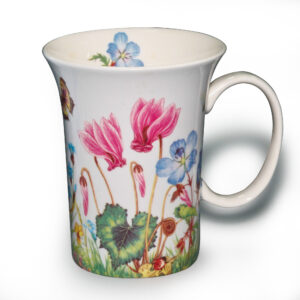 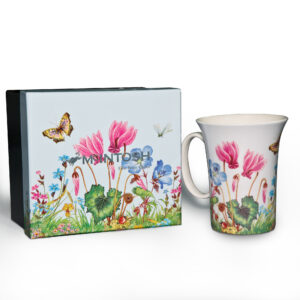 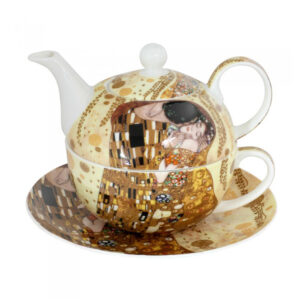 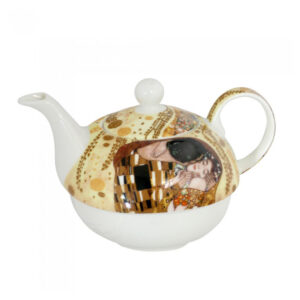 The Kiss Tea for One 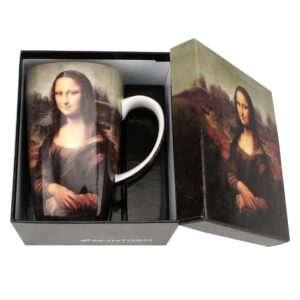 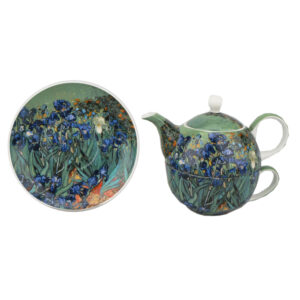 Van Gogh Irises Tea for One 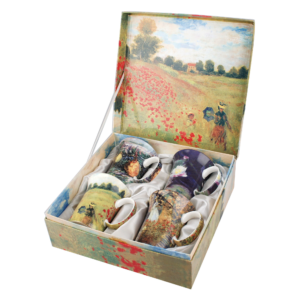 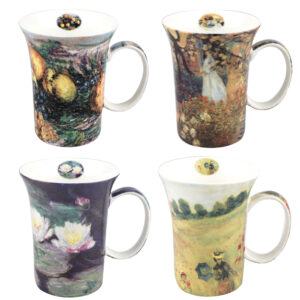 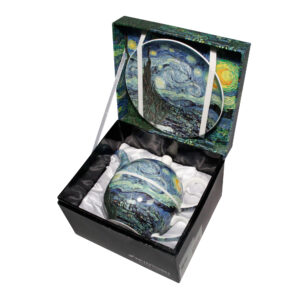 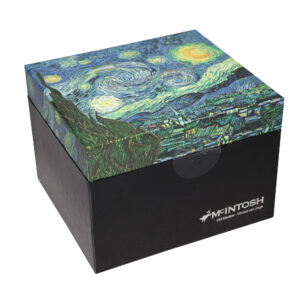 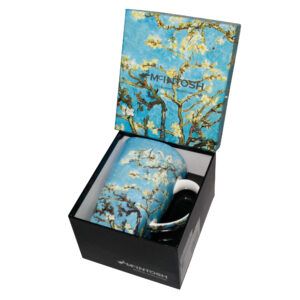 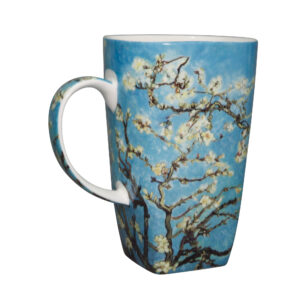 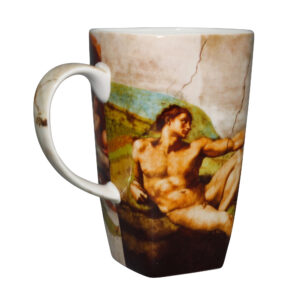 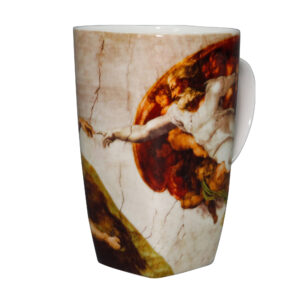 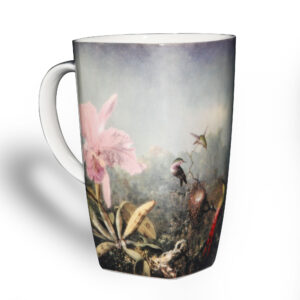 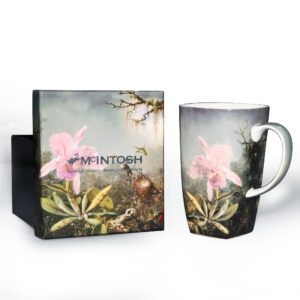 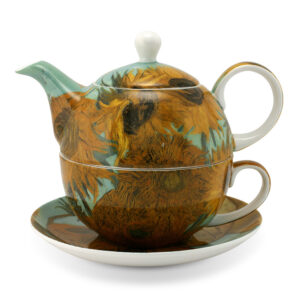 Van Gogh Sunflowers Tea for One 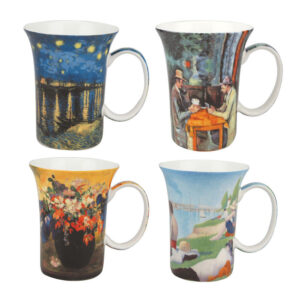 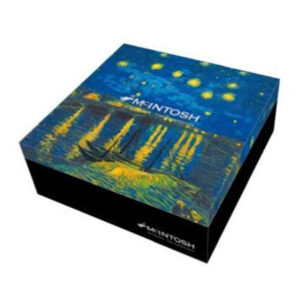 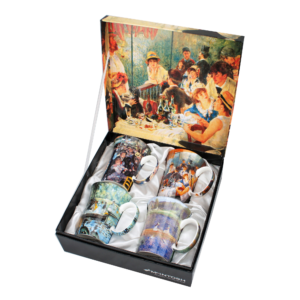 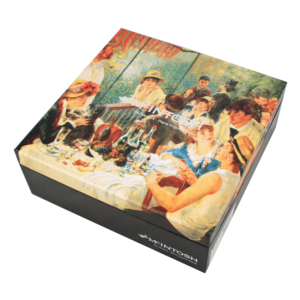