Desperate Dan is a cartoon character from the U.K. comic “The Dandy.” To celebrate the 60th anniversary of “The Dandy” comic in 1998 a special anniversary logo on the base of the large and small jugs for that year. 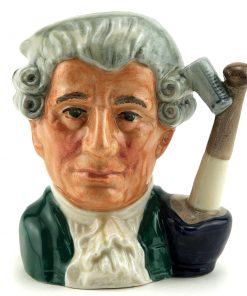