Looking perfect in her pink and white dress, Eleanor expresses her style and sophistication with her updo hairstyle and matching fan–a popular accessory of the era. 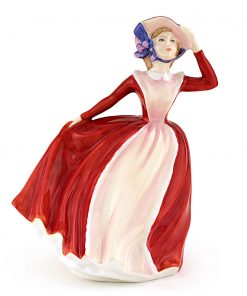