The Heroines Collection celebrates iconic women drawn from British literature and history across the centuries, from the Regency period of the 1780s onwards to the roaring 1920s. Royal Doultons sensitive designs capture both the spirit of each young woman and the typical costumes of the age.

Georgiana is inspired by aristocratic women of the late 18th century, of socialites such as Georgiana Cavendish, the Duchess of Devonshire. Confident and stylish, hosting gatherings of the leading literary, artistic and political personalities of the day, such women had many influential friends but also many enemies. Wearing a stunning blue gown, Georgiana is the epitome of the late Georgian age. She is graceful yet bold and will captivate collectors around the world. 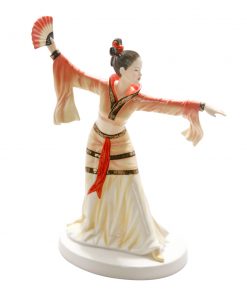 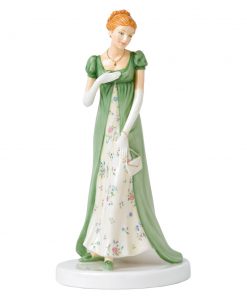