Street vending is such a tradition that it passes from generation to generation. Here’s a splendid portrayal of grandmother and granddaughter, almost seamlessly bonded in lilac hues as the elder plies her trade. There’s all the color and class you could want of a Royal Doulton piece, but it’s the young girl’s innocent face that forms the focal point of this charming figurine. Originally designed by Leslie Harradine and launched in 1949. 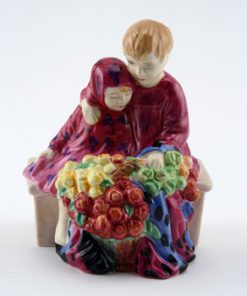 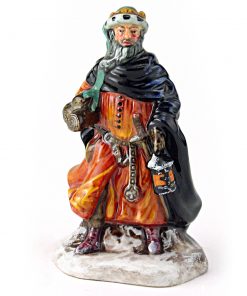 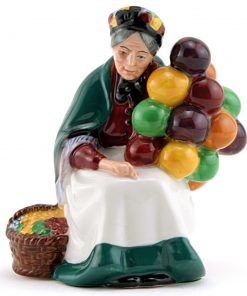 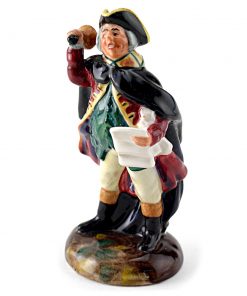 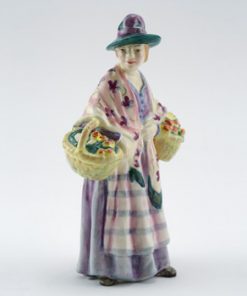