This impressive, colorful character with dangling bells and mismatching patterns had a profound influence on some of the leading designers in the early days at the Doulton studio. Charles J. Noke, the original Art Director at Doulton, was fascinated by the subject matter and legend has it that the first piece he modeled for Doulton was that of a jester. Nokes first HN jester Jack Point HN85 was modeled after the central character in Gilbert and Sullivans opera The Yeoman of the Guard, first performed in 1888. In the opera, Jack Point HN3925 is a strolling jester with a broken heart. The story ends tragically with the Jack Point collapsing, apparently dead, after he is abandoned by his beloved, Elsie Maynard. 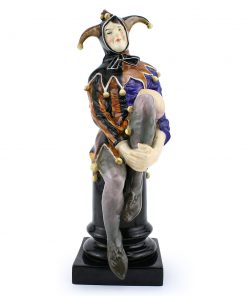 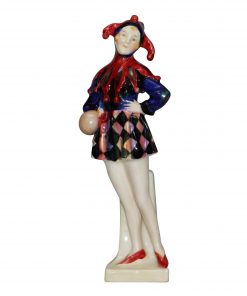 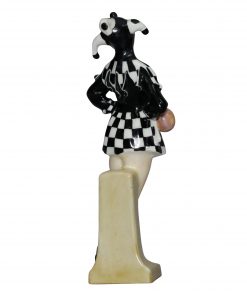 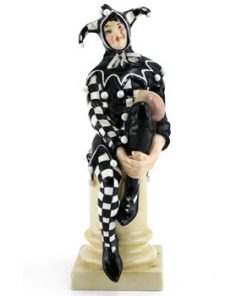 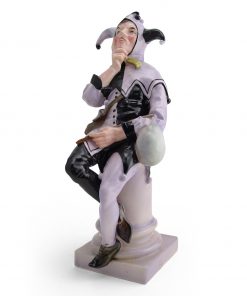 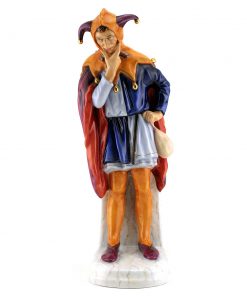 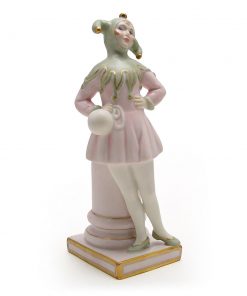 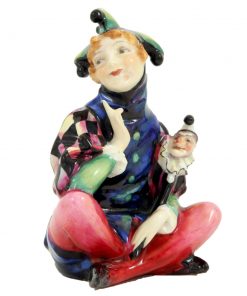