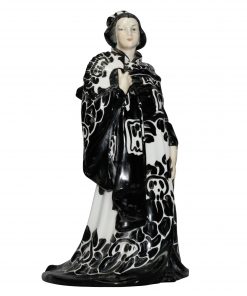 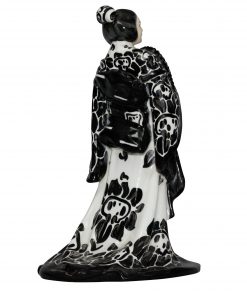 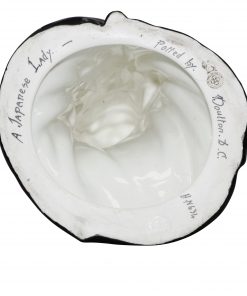 A Geisha, (also referred to as Japanese Lady) is a Royal Doulton figure designed by Harry Tittensor and issued from 1924 to 1938. It is modeled as a traditional Japanese female entertainer wearing the formal kimono, decorated in a black and white colorway in striking patterns, a Shimada-styled Nihongami wig, and holding a similarly decorated fan. 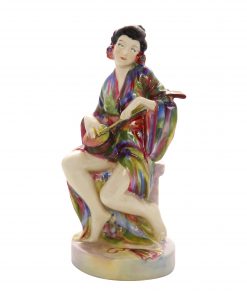