Royal Doulton has a rich pedigree in figures inspired by ocean waves and blue depths. The mermaid as a temptress is one of the classics tales of the sea, and elaborate stories about their existence have been circulating since ancient times, notably in classic mythology. Mermaids half human, half fish were seen as devious creatures that lured sailors into danger. Even Christopher Columbus described such a sighting in 1493 when he claimed he saw three mermaids which rose well out of the sea.

Mermaids have inspired some of the greatest works produced by Royal Doulton. Charles Noke, the original Art Director at Doulton Burslem, incorporated these mythical maidens into a spectacular table centerpiece and candelabra for the Chicago exhibition of 1893. Other pieces inspired by mermaids were added to the range when the HN figure collection was introduced in 1913. In 2005, one of the great modelers at Royal Doulton, Alan Maslankowski, created a spectacular collection of mermaids for the Prestige range, Tales of the Sea. Limited to 250 pieces, each seductive figure has been decorated with glorious underglazes, lustrous paint effects and 22 karat gold accents. Combining craftsmanship and artistry, these aquatic beauties are a tribute to the talented artists at the Royal Doulton Studios.

Folklore from many ancient cultures tell of mermaids — creatures that are half woman, half fish. These fairytales live on in modern culture in the form of children’s books, films and in Royal Doulton’s Tales of the Sea collection. Bring these aquatic beauties into your home or give them as gifts for the nautical or fantasy collector in your life. 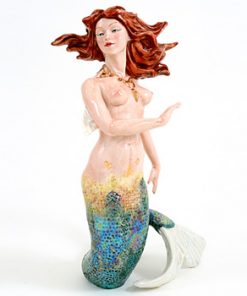 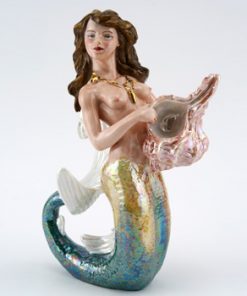 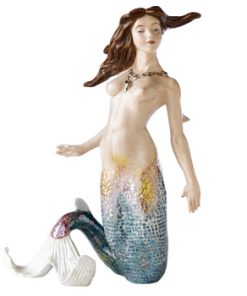