Faraday was appointed laboratory assistant to Sir Humphrey Davy at the Royal Institution in 1813. After years of hard work, Michael Faraday became Professor of Chemistry in 1833. Faraday studied the relationships between the forces of light, heat, electricity and magnetism and founded the science of electro-magnetism. His work was key to research in physics and other fields.

This collection of figures depicts inventive, iconic people from history. Royal Doulton’s rich tradition of craftsmanship can be seen in each character study. Each bone china Prestige figure has been modeled by an outstanding Royal Doulton sculptor and handmade and hand decorated in England. 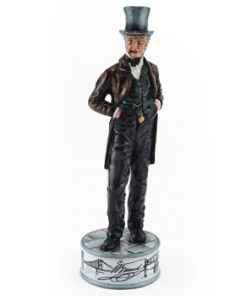 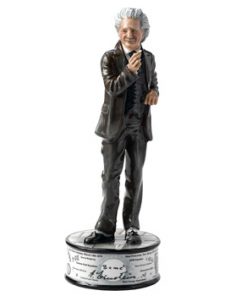 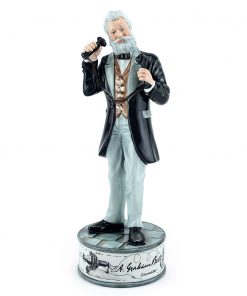