“Old King Cole was a Merry Old Soul” are the words of the nursery rhyme that inspired the design of this jug as well as the tune it plays. This is a derivative of the original jug which was first issued in 1938. 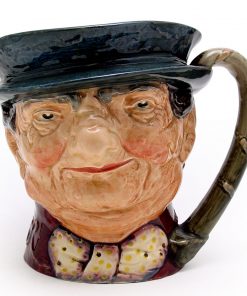