“Old King Cole was a Merry Old Soul” are the words of the nursery rhyme that inspired the design of this jug. The collar frill was remodeled around 1939 and Variation Two can be found with both deep and shallow white ruff modelings.

The most likely origin of this character jug is that he was a Reading merchant named Colebrook who is found in a Thomas Delaney novel. Known as Old Cole, this merchant was extremely rich and had hundreds of servants working for him. Issued in 1938 with a yellow crown, it was changed to brown in 1939 making the yellow version much more valuable. 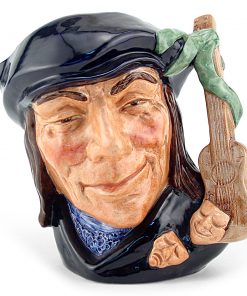 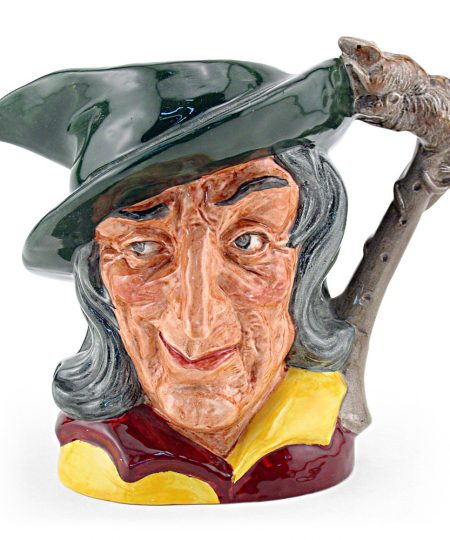