Simon was the subject of a 19th century English folksong. The keys on the handle are those to his cellar, full of great wines and ales. He was always good for standing a drink for his friends. The tiny version of Simon the Cellarer was one of a set of six tinies issued in 1994, in a limited edition of 2,500, to commemorate the diamond anniversary of the first character jug. The set, modeled by William K. Harper, was sold out within the first year. Other tinies in this series are Dick Turpin Granny, the Jester, John Barleycorn and Parson Brown. 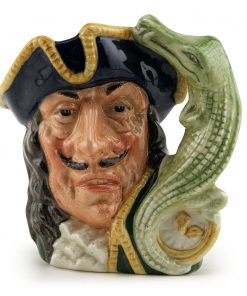 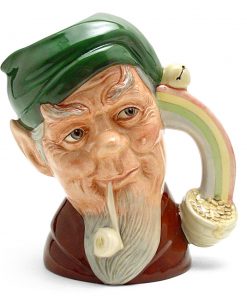 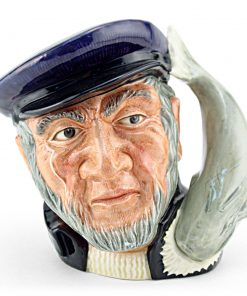