The waltz is one of the most refined and elegant dances known to man. In 1787, Mozart, who was a huge fan of the waltz, incorporated the dance in his opera, Don Giovanni. In what became a very controversial moment in history, three waltzes were performed simultaneously in one scene. As time passed, the waltz began to evolve into the lighter dance we know today and became more widely accepted in formal gatherings. As part of Royal Doultons new Dance Collection, this stunning “Waltz” figure honors the dance that has stood the test of time. 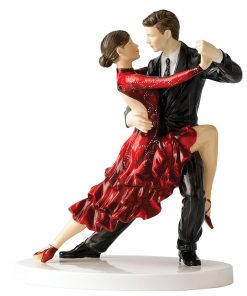 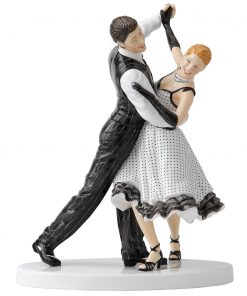