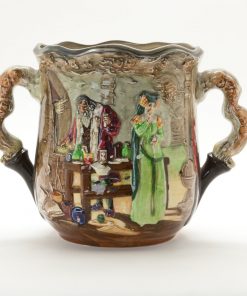 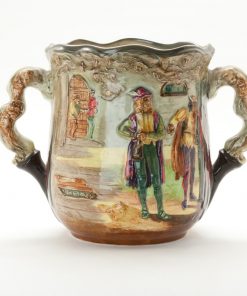 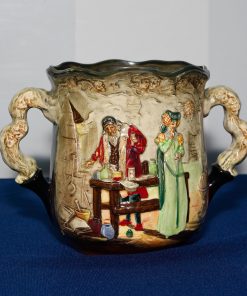 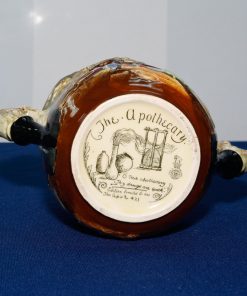 The supplier of love potions and poisons as well as medicinal drugs, the apothecary played an important role in Elizabethan times. If his potions were held to be particularly powerful he could become a wealthy man; although it was best not to ask what went into them! Romeo, hearing that Juliet is dead, remembers an apothecary from whom he can buy poison for himself:
In tattered weeds with overwhelming brows
Culling of simples; meagre were his looks;
And in his needy shop a tortoise hung
An alligator stuf’d and other skins
Of ill-shaped fishes.
The apothecary depicted on the lovingcup is a successful man. He is seen talking to a richly dressed lady while two dandies wait in an ante-chamber as another customer is admitted by a page. There are pots of ingredients, a pestle and mortar and a large globe. Skeletons adorn the walls and the ghostly faces of lovers are moulded in relief around the rim and on the handles. On the base are the words spoken by Romeo before he takes his poison “0 true apothecary Thy drugs are quick”. 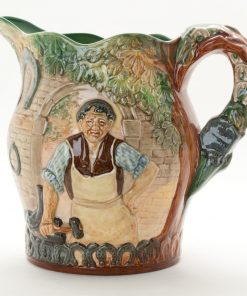 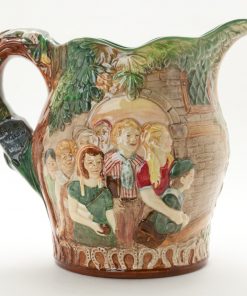