The first Dick Whittington jug was styled on the character of a poor orphan boy who was employed in a London Kitchen, as described in a play dated 1605. He gave his cat to his employer to sell to earn money, but then ran away to escape his evil employer’s cook who mistreated him. the Bow Bells rang as he fled and seemed to say, “Turn back, Whittington, Lord Mayor of London.” He obeyed and found that his cat had fetched a huge sum, making a wealthy man. 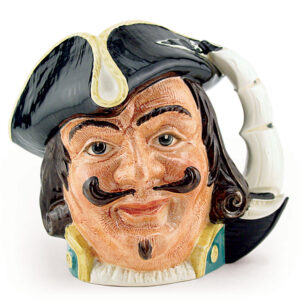 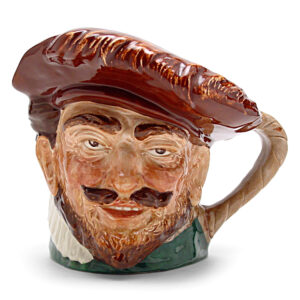