Henry V of England (circa 1387-1422) was one of the greatest warrior kings of the Middle Ages. He reigned as King of England from 1413 to 1422 and was famous for leading the English to victory against the French at Agincourt. The flag represented on the handle is a combination of the arms of England and France. Originally embossed, it was later replaced with a decal. This color variation represents the jug during its transitional stage from embossed to decaled. 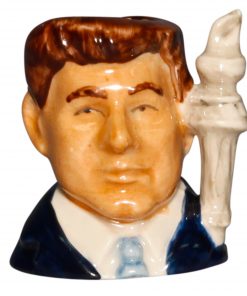 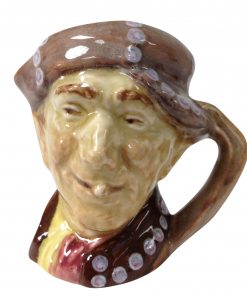 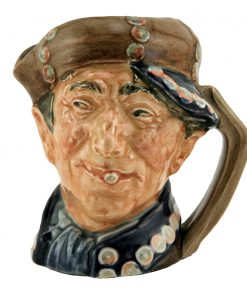