This special colorway of the small size Long John Silver jug was available only at the Michael Doulton Treasure Chest Events held during 1999. An incorrect backstamp reads :”We want that silver and we’ll have it” on the first jugs issued. This was later corrected to read “We want that treasure and we’ll have it” that now appears on the jug. 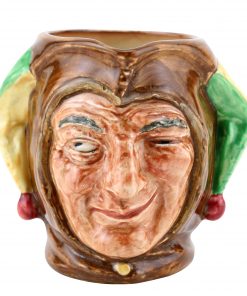