This jug was the first and only jug issued in the proposed series, Myths, Fantasies and Legends. It was commissioned and distributed by Kevin Francis Ceramics in 1989 in a special edition of 5,000 pieces. 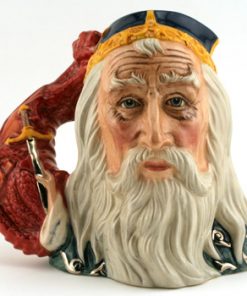