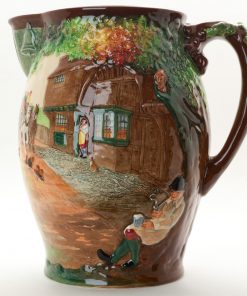 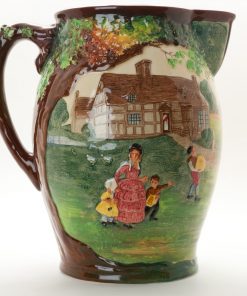 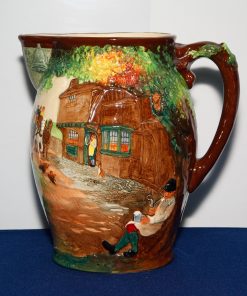 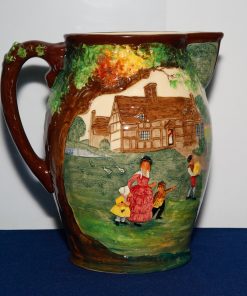 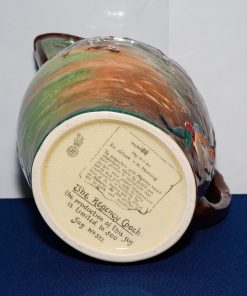 Before the railways were built, coaching was the only means of travelling across the country and by the time of the Regency (1811-1820) great advances had been made. Competing lines, changing horses at the great coaching inns, raced each other to prove that they provided the fastest service. Journeys were uncomfortable with many having to travel on top whatever the weather and there was the added danger of highwaymen. The coachmen with their many-tiered coats and yard-long horns were idolised by young boys and commanded great respect. The roads themselves gradually improved with the innovations introduced of Telford and MacAdam but in 1817 it still took 36 hours to cover the 186 miles from Manchester to London.
The jug shows a large manor house with the lady of the manor and her two children on the spacious lawns watching as a coach draws up before an inn. Under a tree lies a rustic with his pint of ale. The lip has a parchment inscribed “Regency Coach London to Brighton Monday IX oclock” and an inn sign for “Ye Olde Inn”. Brighton, only 55 miles from London, became a popular summer resort when the Prince Regent (the future George IV) built a summer residence there. 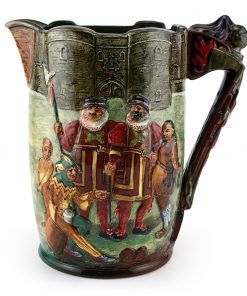 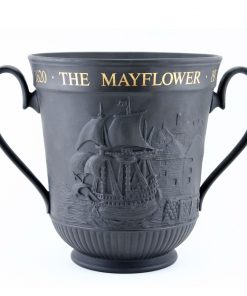 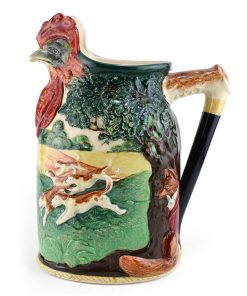 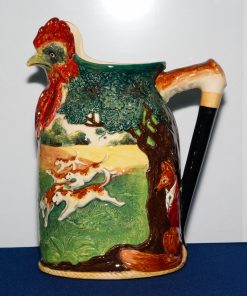