Royal Doulton Character Jug, Robin Hood New BC D6534 (brown hat with white feather on one side and oak leaves and acorns on the other; green robes). Designed by Max Henk. Series: Characters From Literature, issued 1960 – 1992. Size: 4″H (Small) 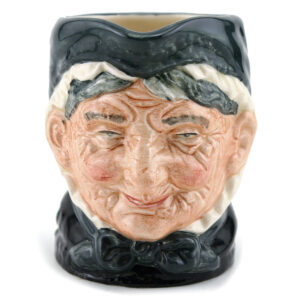 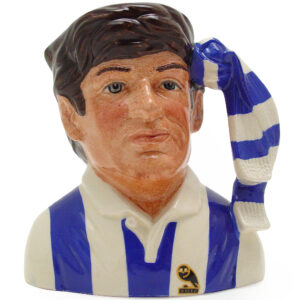 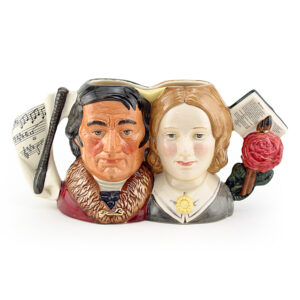 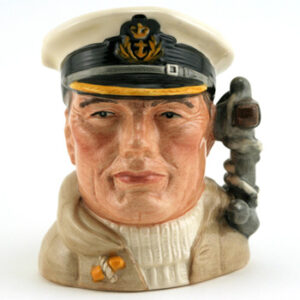 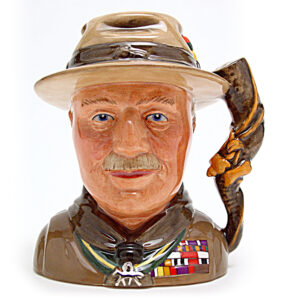 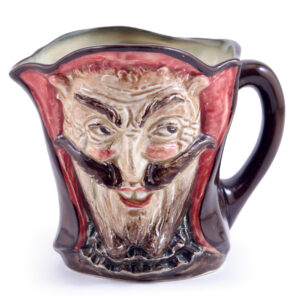 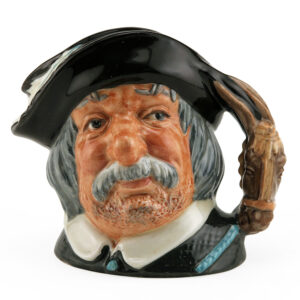 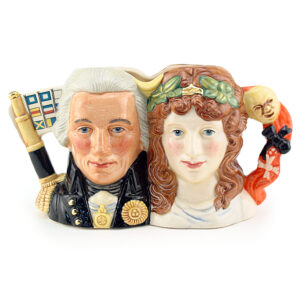 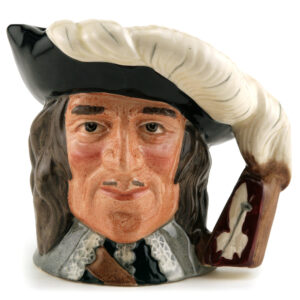 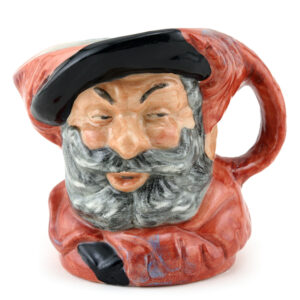 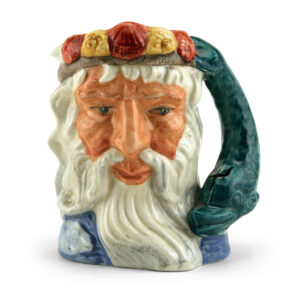 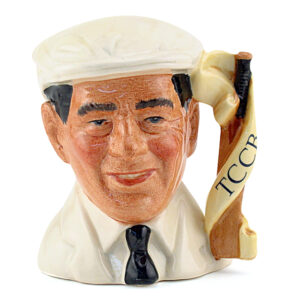