Clowns, typically characterized by their colored wigs, stylistic makeup, outlandish costumes, and unusually large footwear are comic performers known throughout many cultures for centuries. During the 16th century the Commedia dell’arte became a huge influence on perceptions of the clown in Europe, an influence which passed through pantomime, into vaudeville and on to the touring circuses of the 19th and 20th centuries. Royal Doulton has captured some of these humorous images in their Clowns series.

What makes the Reflections series unique from other Royal Doulton series is the use of muted pastel colors and uniquely larger molds. These characteristics give these tall, stunning pieces a look and feel that’s all their own.. 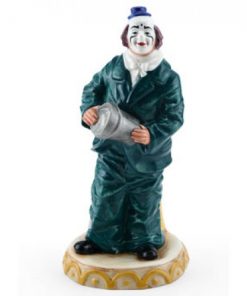 Will He Won’t He HN3275 – Royal Doulton Figurine 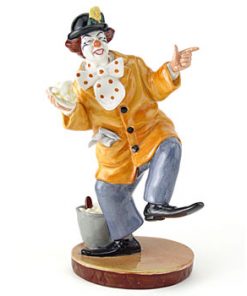 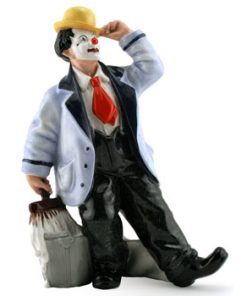