Wyatt Berry Stapp Earp (1848 – 1929) was a expert gunfighter. He worked as a police officer and armed guard and, in 1881, was involved in the famous shootout at the O.K. Corral. Later Earp traveled around the West, operating a number of Saloons. 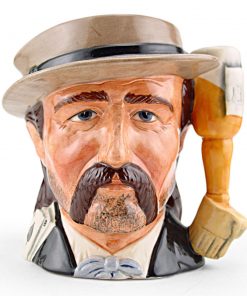