“The Pickwick Papers” (officially, “The Posthumous Papers of the Pickwick Club”) was the first novel by Victorian writer Charles Dickens. Written for publication in serialized form, the novel is a sequence of loosely related adventures. Dickens was 24 years old at the time, and working as a roving journalist; his popular collection of short pieces (“sketches”) about London life had recently been published as “Sketches by Boz.” London publishers Chapman and Hall hired Dickens to write a serialized story to be accompanied by illustrations.

The novel’s main character, Samuel Pickwick, a kind and wealthy gentleman, is founding President of the Pickwick Club, whose members dedicate themselves to researching the quaint phenomena of life. Pickwick and three other “Pickwickians” journey to places far from London, reporting on what they see and learn to the other club members. Their travels by coach through the English countryside provide the story’s chief theme.

Through humor, Dickens captured aspects of mid-nineteenth century English. The book’s lasting appeal derives in large part from its memorable characters. As in many Dickens novels, each character is described comically, and with exaggerated personalities. Readers of the time related to characters such as Sam Weller, Nathaniel Winkle, and Augustus Snodgrass. 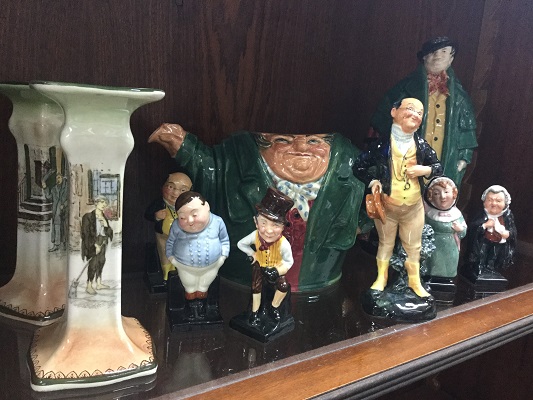 The stories’ adventures include Samuel Pickwick’s attempts to defend himself against a lawsuit from his landlady for breach of promise (a satire of a contemporaneous case brought against the British prime minister at the time, Lord Melbourne); this social commentary foreshadowed themes found in Dickens’s later writings.

The novel was initially published in monthly installments between March 1836 and November 1837. (The publication of Dickens’ serialized novel “Oliver Twist” began in January 1837, with Dickens writing Pickwick and Twist simultaneously until November 1837 when Pickwick ended).

While “The Pickwick Papers” extols the benefits of fellowship and romance, and the pleasures of travel and eating and drinking well, Dickens presented them against the backdrop of the Victorian era’s less-than-pleasant reality. Comfortable travel and lodging was contrasted with the squalor of London’s Fleet Prison. Delicious food and drink were juxtaposed against the conditions experienced by the poor. Romance was set against various schemes for opportunistic marriages.

The result of Dickens’ humor was to show the readers that qualities like goodness and simplicity, as embodied in Mr. Pickwick, should be cultivated and cherished.