Ceramics artist and designer Andrew Hull presents an exquisite line of handmade figures, inspired by the grotesque and whimsical creations of legendary 19th century Staffordshire, U.K. potters. His anthropomorphic animals are a diverse and captivating lot, with individual personalities, habits, and quirks that are evident in the striking details that Hull imbues in each one.

As Hull himself has said, “The works of art that I produce are all about portraying a character that has humanistic qualities with a humorous theme.” 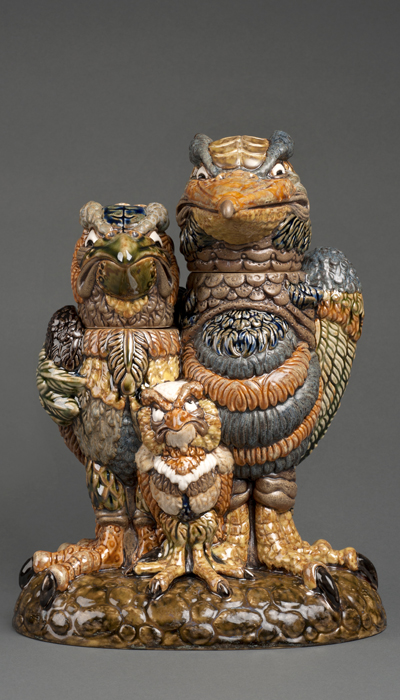 Hull began his pottery design and modeling career with fantasy sculptures of unicorns, dragons, and other mythical creatures. Some of Hull’s experience was gained as an artist and designer with Cobridge Stoneware (1997-2005) of Staffordshire, U.K., a pottery that produced high quality stoneware, featuring flambé glazes and painted designs in color glazes. Cobridge pieces were reminiscent of the work of the Ruskin Pottery (1898-1935), an Edwardian studio notable for its innovative glazes that were used on a range of brightly colored pots, vases, buttons, bowls, tea services and jewelry.

The Wind in the Willows, the 1908 Edwardian children’s novel that introduced the characters of Mr. Toad and his friends, may also have influenced the world of Andrew Hull’s creations.

In 2005, this master sculptor from Stoke-on-Trent opened his own ceramics studio, Andrew Hull Pottery. Over the last dozen years, he has created an impressive array of bird and animal pieces using high-fired stoneware. As with the Martin Brothers’ original works, the body of Hull’s stoneware is made with clay, which ensures that that no two creations are identical.

The great playwright, William Shakespeare, reimagined as a thoughtful avian, pondering his next play, pen and scroll in hand. 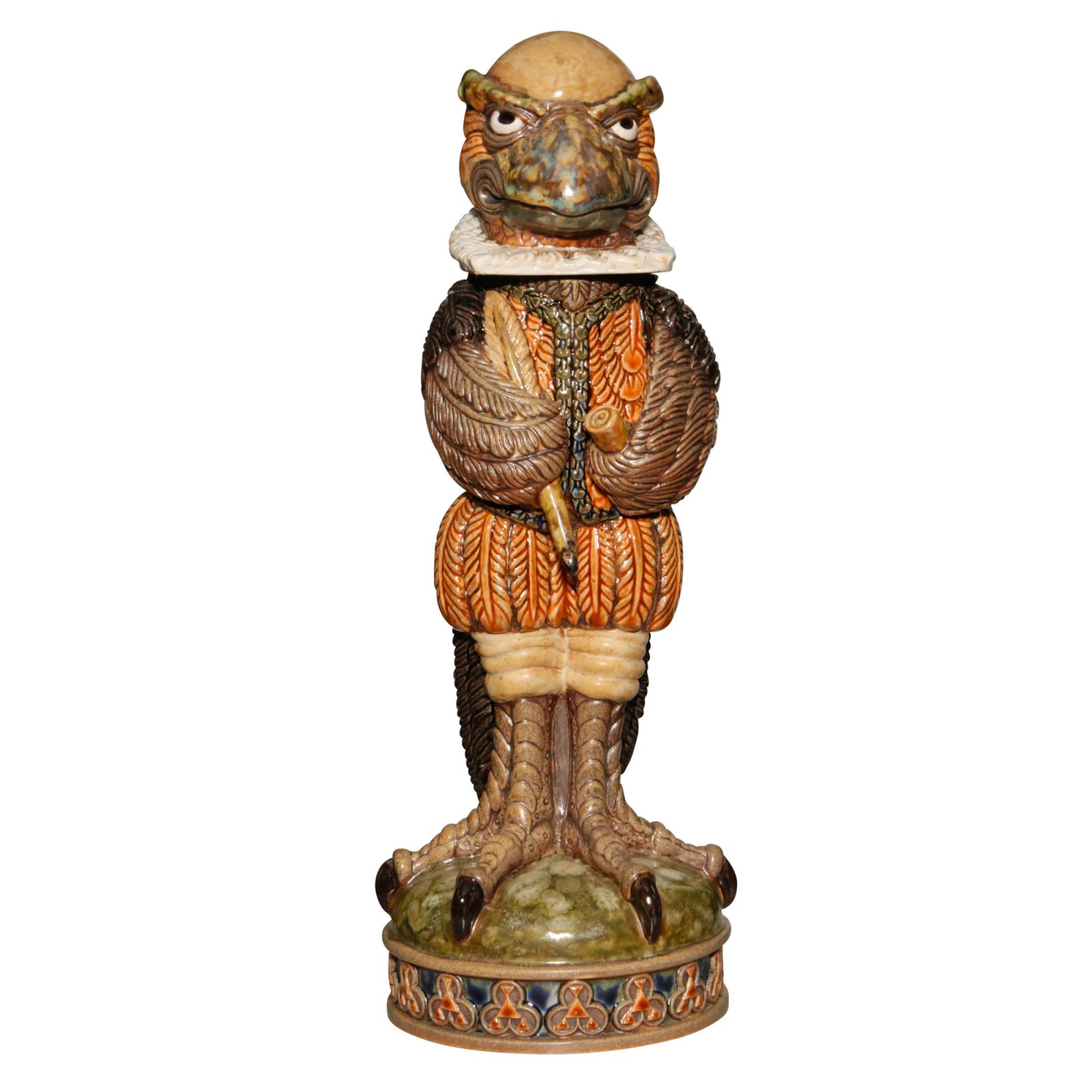 Ollie the Owl, a mischievous joker who enjoys playing tricks on his fellow fowls. 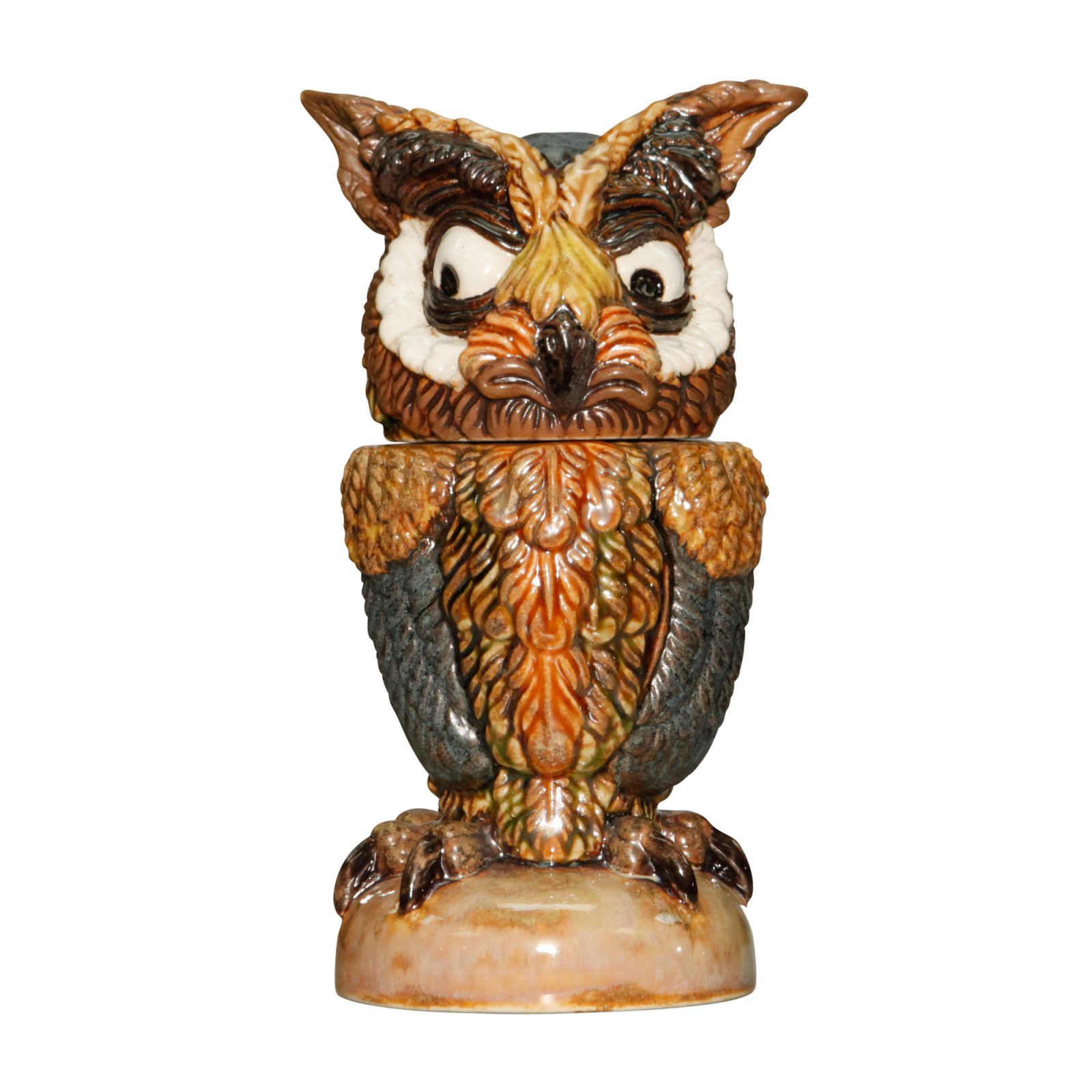 Norman Bird, a flamboyant character who loves a night out on the branches—especially if there are passing girls to wink at! 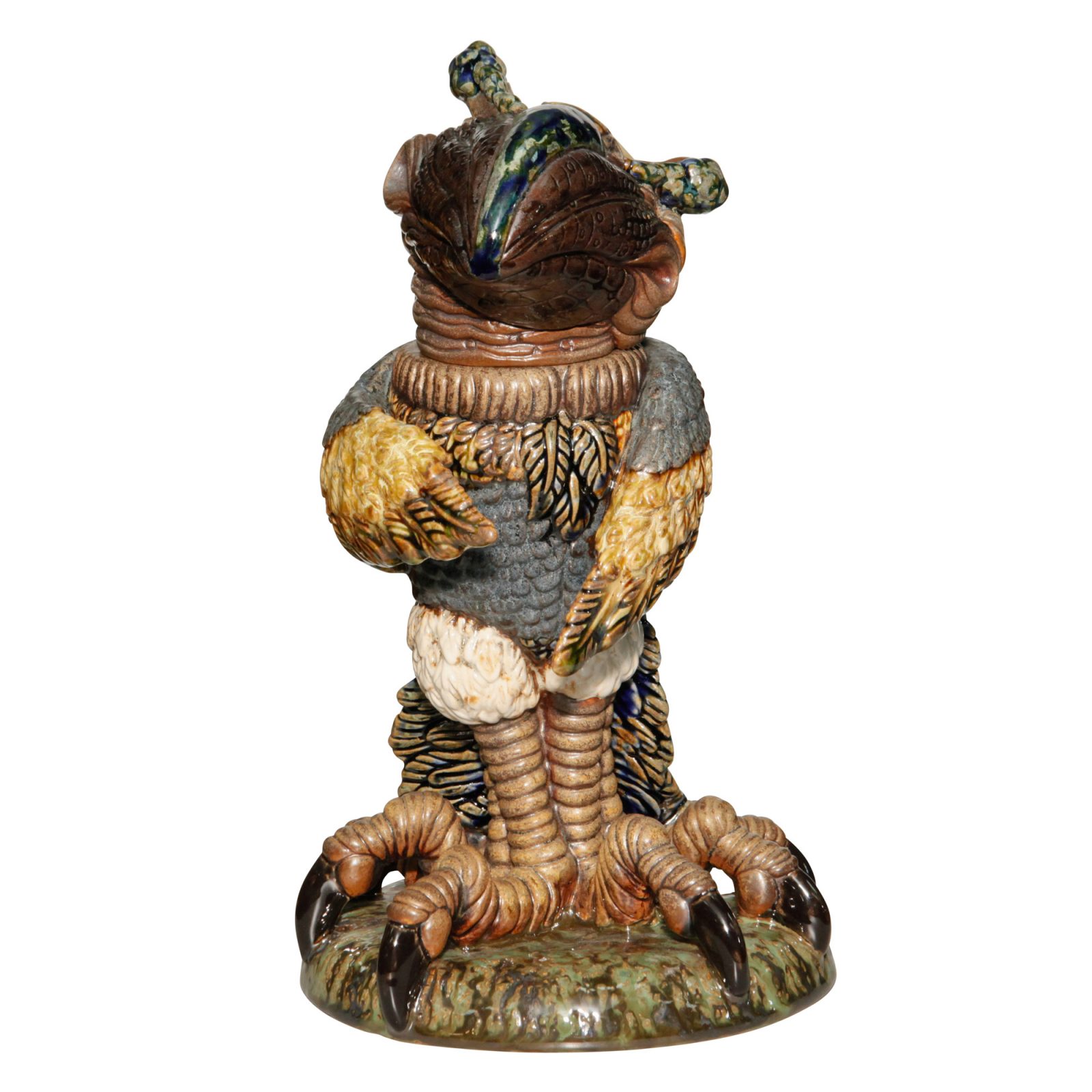 Frederick Frog, a true worrywart who spends most of his time searching for insects. 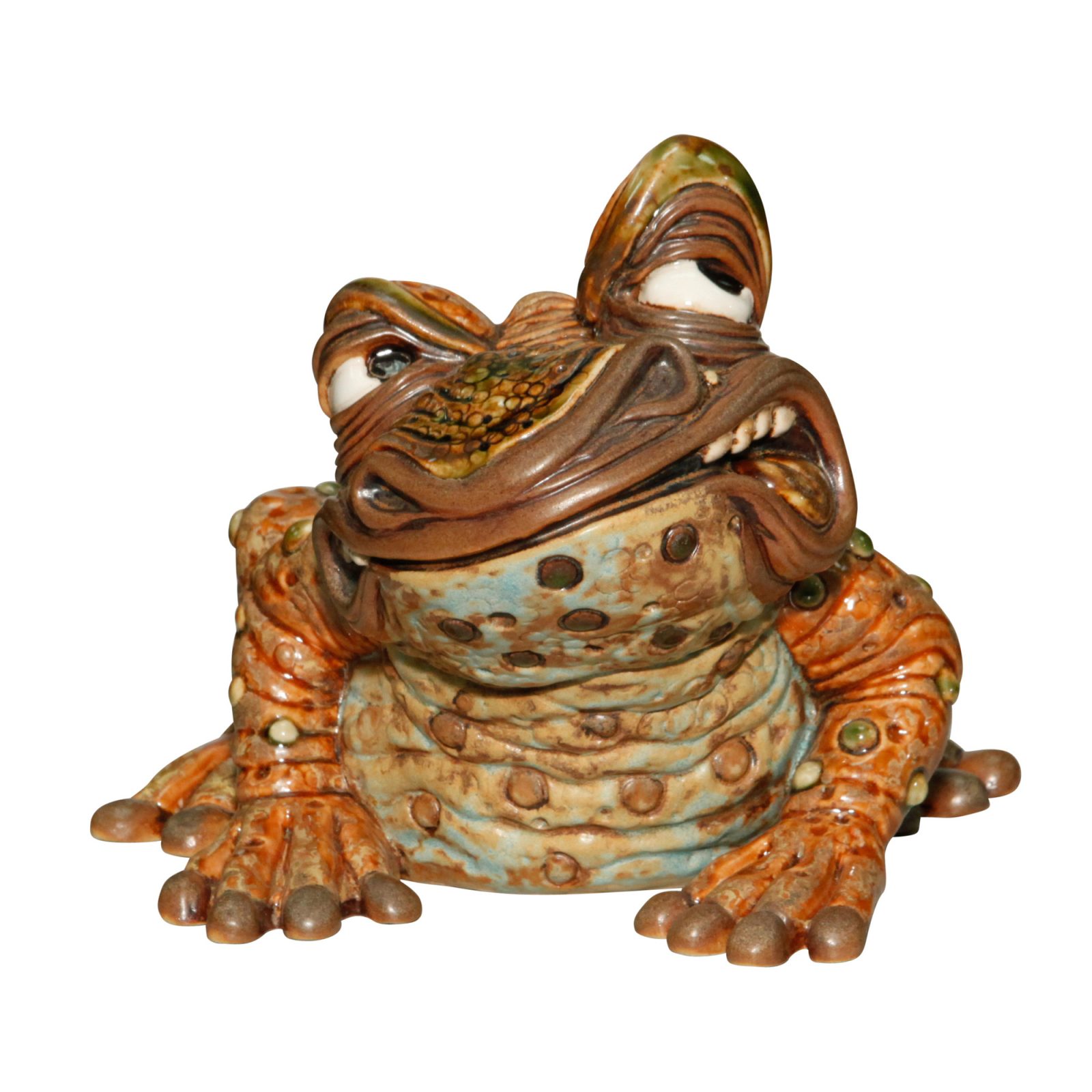 Wallace the Fisherman, who can spot a fish from a great distance and is based on the original Wally Birds of the Martin Brothers pottery studio. 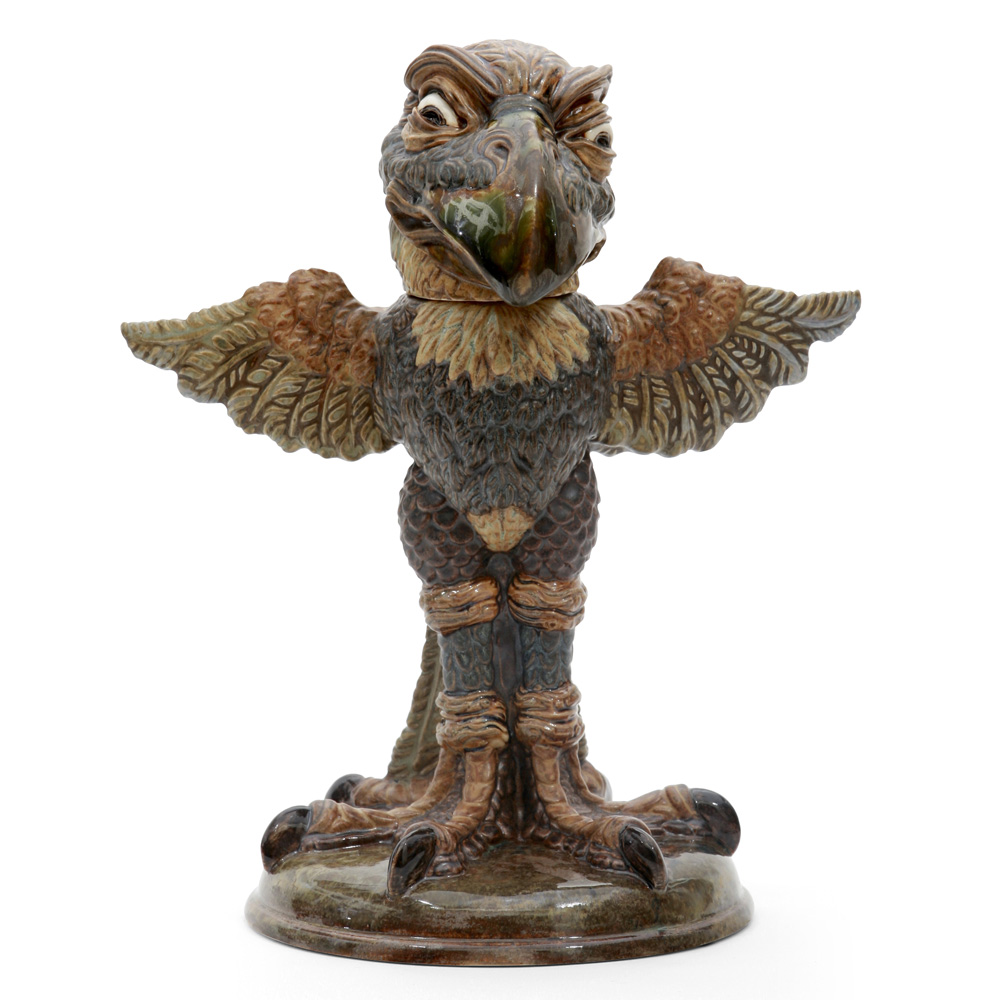 The Demon Band musicians: the Flute Player and the Mandolin Player—the misfits of the demon world, brought together to form a band. Practice has made them quite accomplished musicians (although sometimes they can be quite a handful). 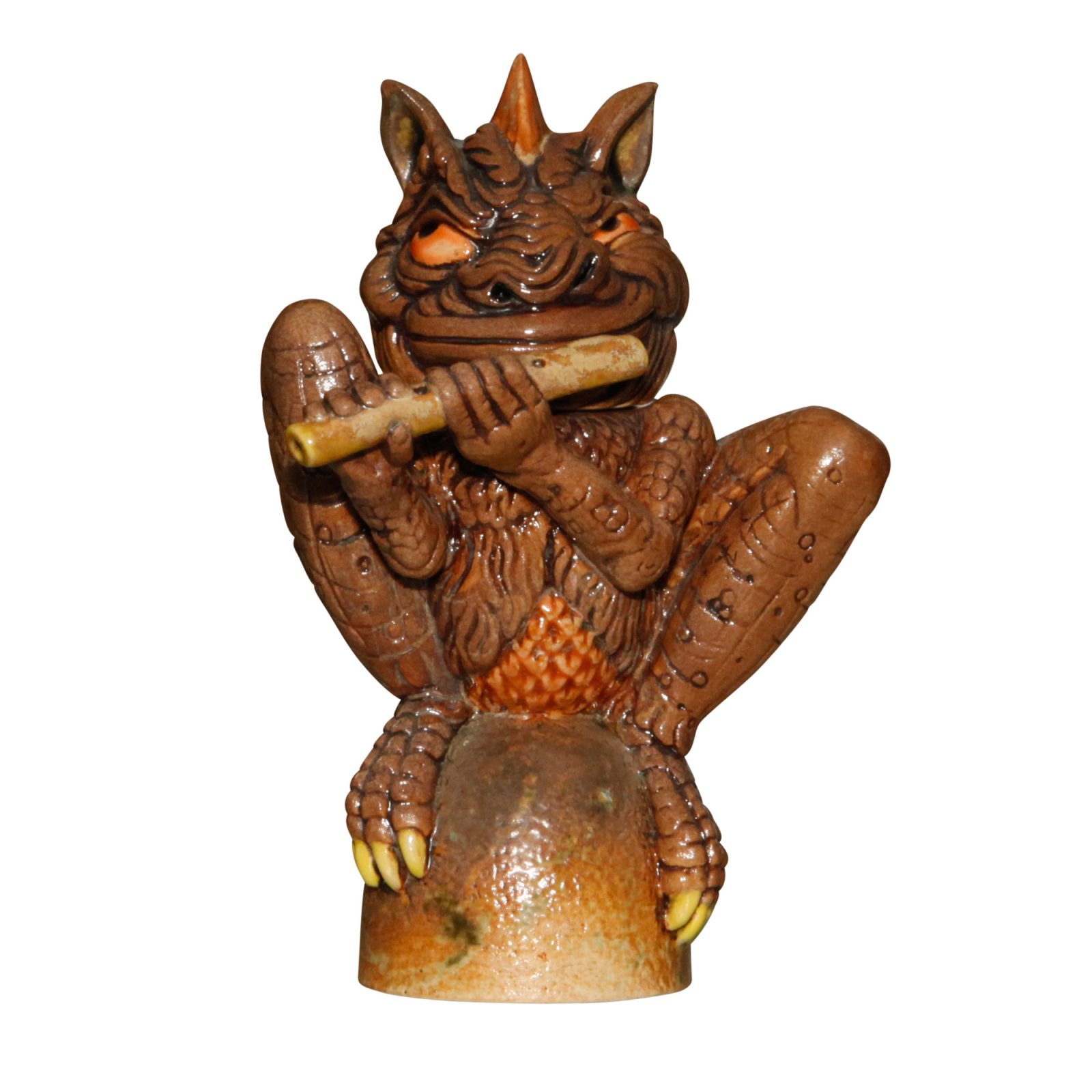 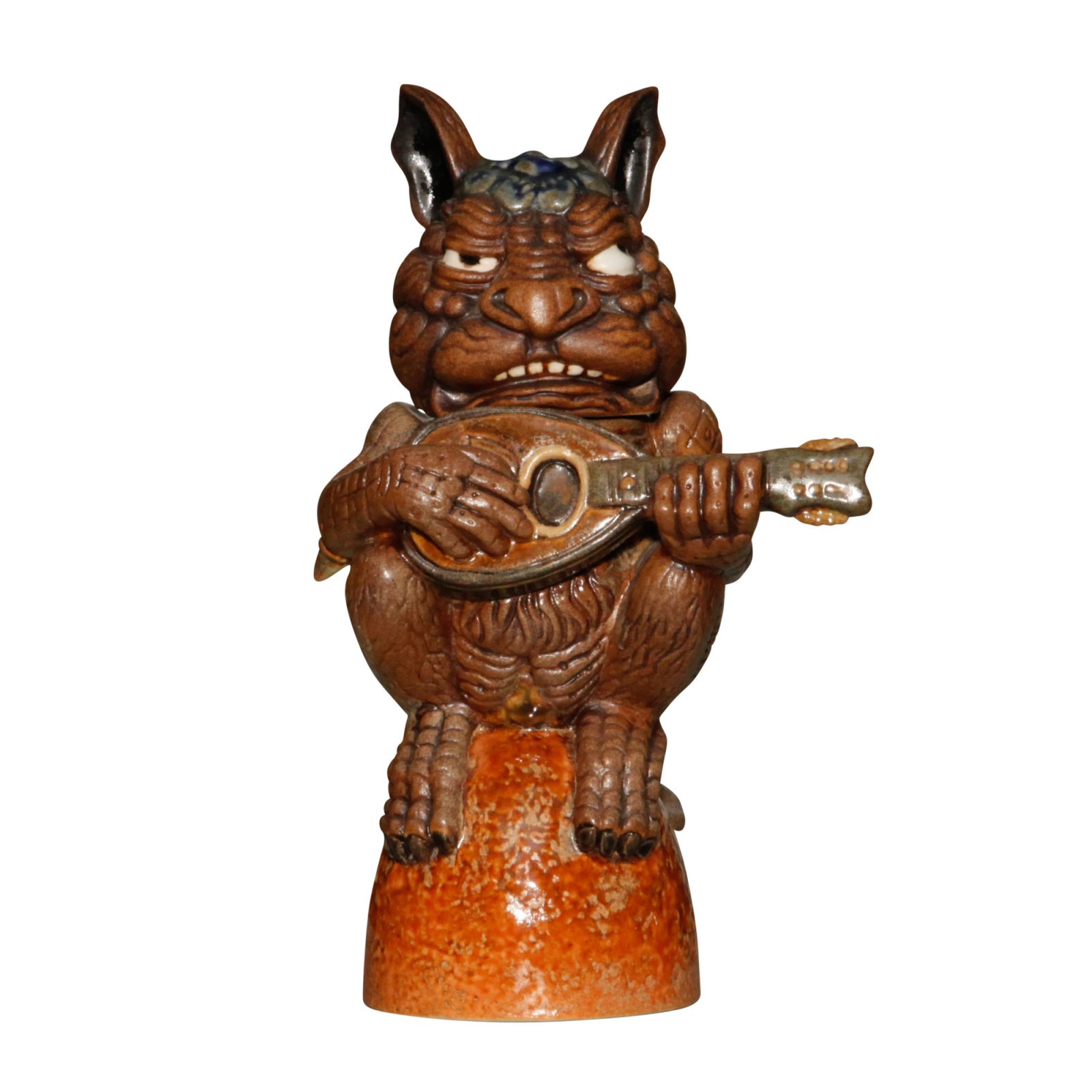 The Villains of the village, sinister Victorian vagabonds caught in their mischievous acts: Chicken Supper—a crafty fox caught in his tracks with a tasty hen under his arm—and Stop, Thief—a slippery badger holding a bag of stolen goods. 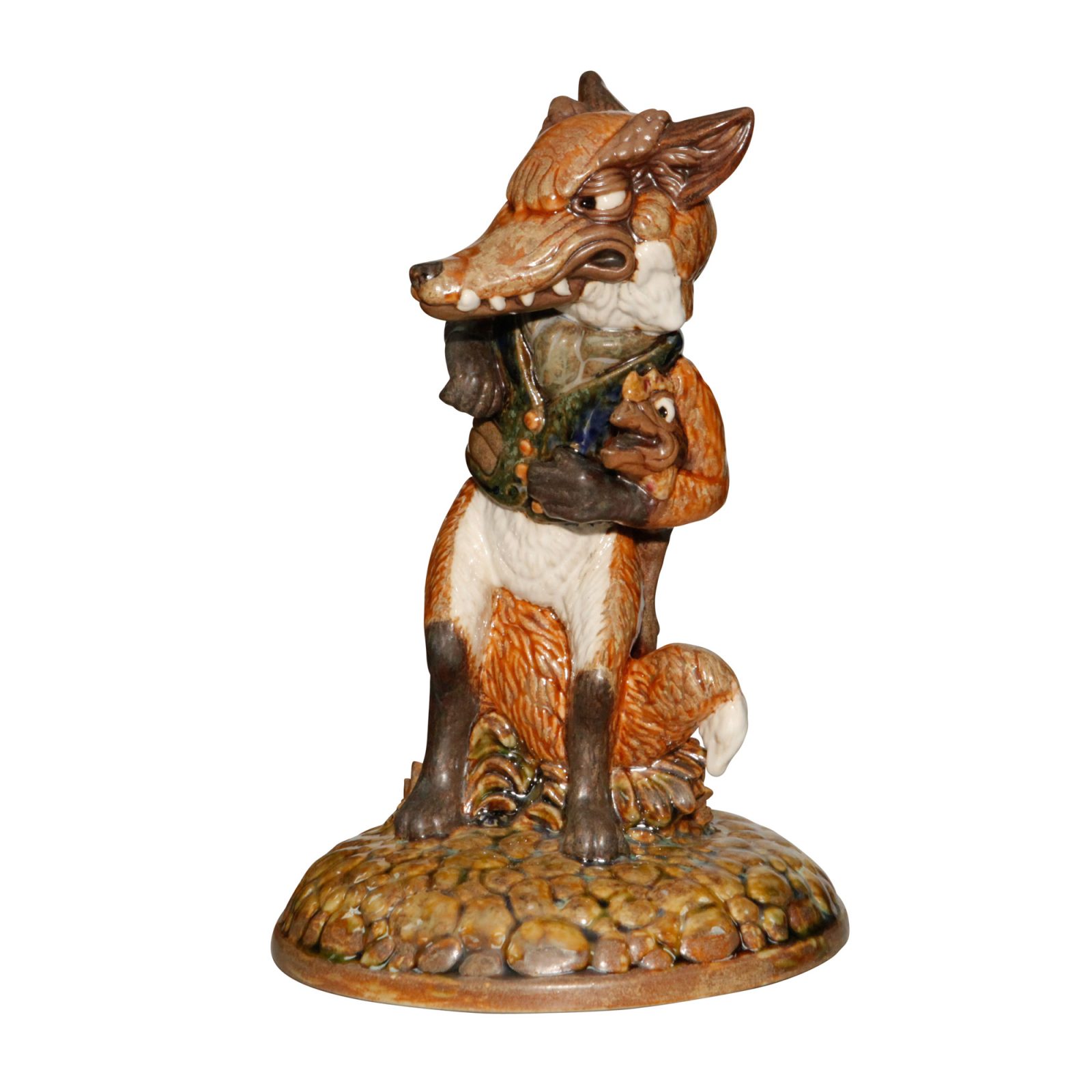 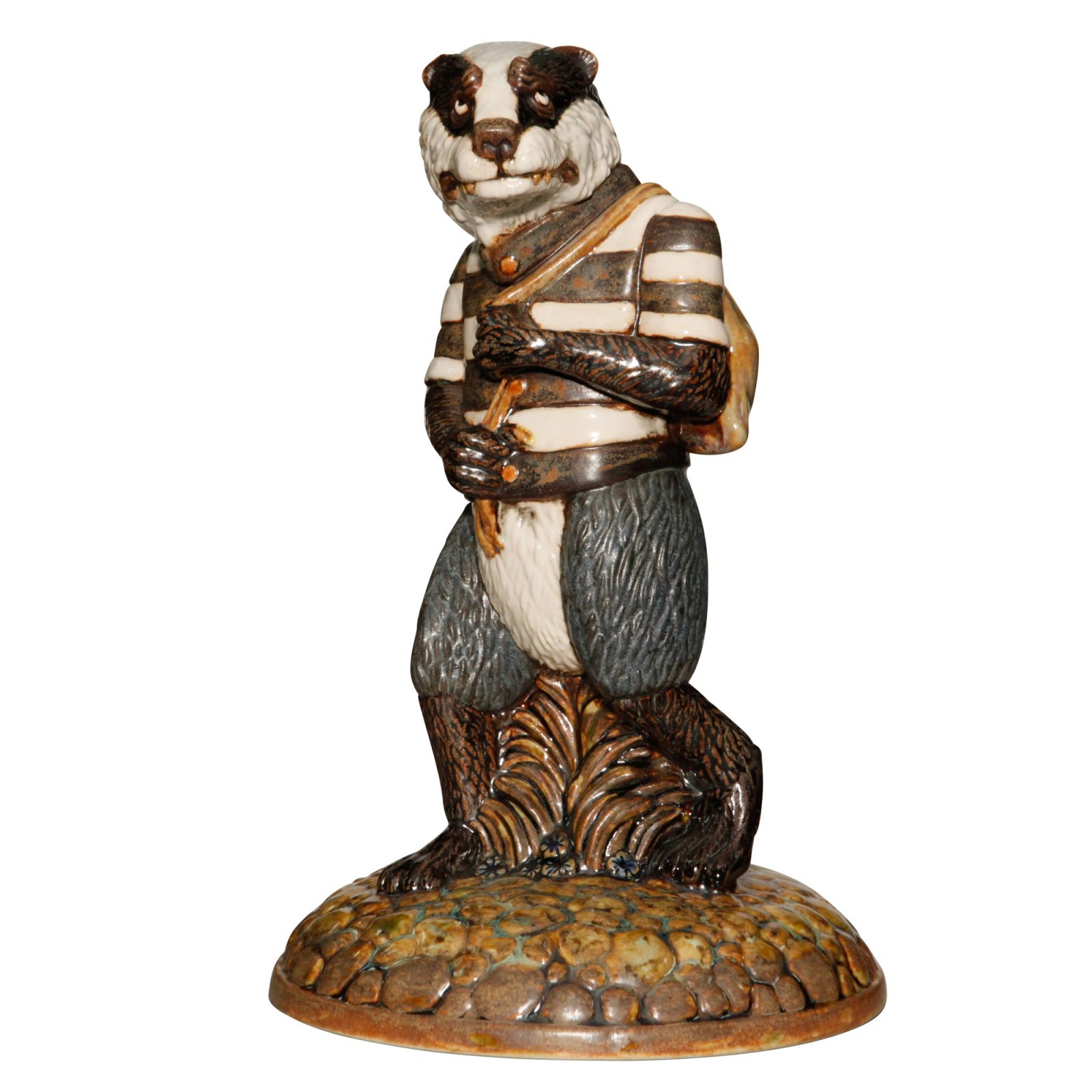 Zakarie the Dragon, an exquisite magical serpent, with a medieval heraldic feel. 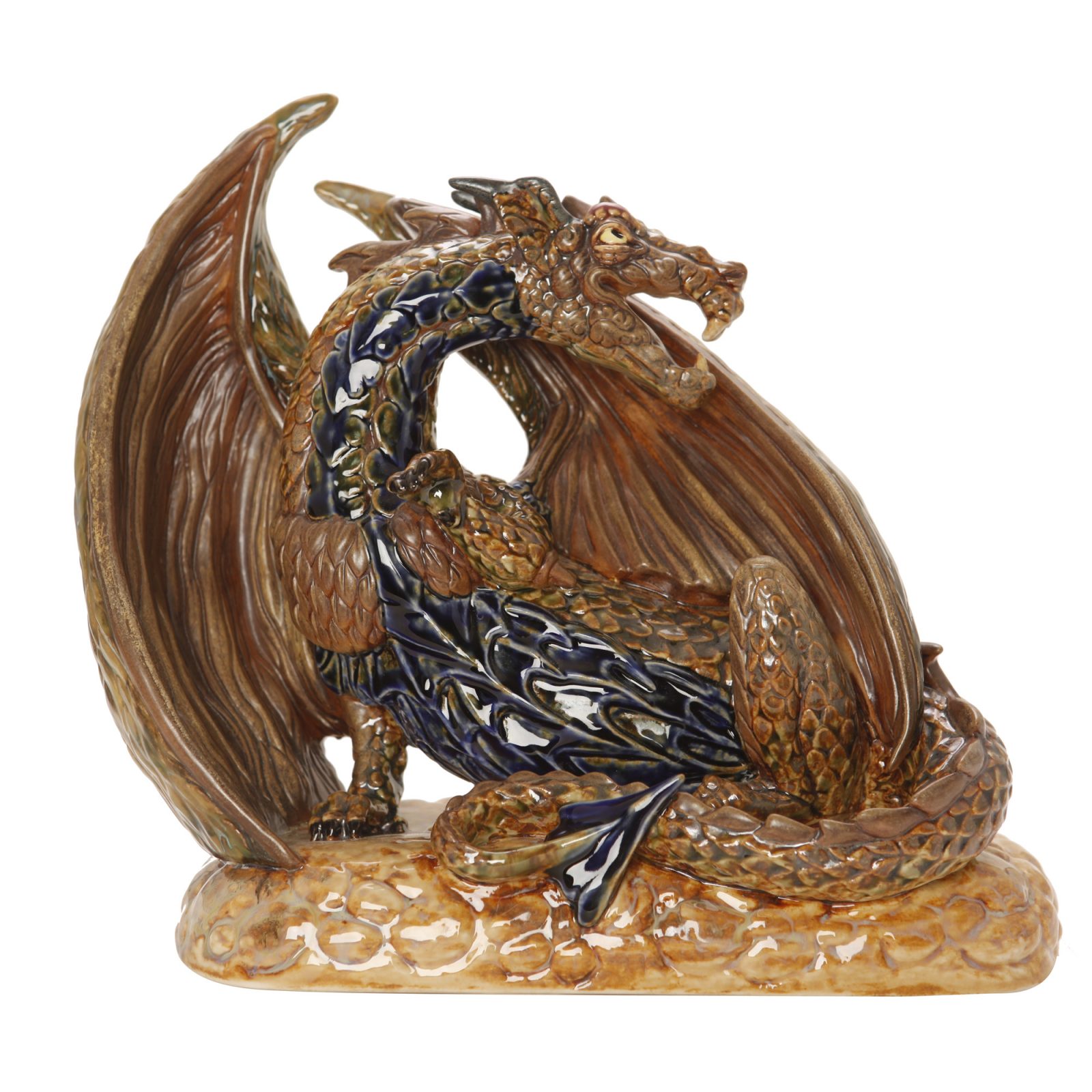