This jug has minor color variation in the hair. The earliest jugs had brown hair, and later jugs either grey or white hair. This jug was produced with and without pink highlighting on the raised character name. 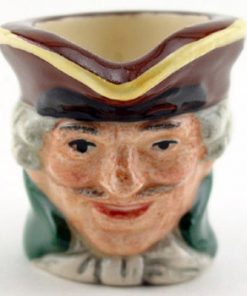