Gladiators were trained warriors who fought battles against each other or animals to entertain the ancient Romans. First appearing around 264 B.C. at the funeral of an aristocrat, the spectacle grew in popularity. Gladiators used many different types of weapons including an oblong shield, a helmet with visor and a stabbing sword about two feet long. Others fought with only a net and a trident, a three-pronged spear. Although gladiators usually fought until one was killed, the losers life could be spared if the spectators waved their handkerchiefs; otherwise they turned their thumbs down, a practice continued today to express disapproval. This Royal Doulton Gladiator character jug, modeled by renowned sculptor Max Henk, wears the full armor of his profession. The handle is formed by his shield and gladius Latin meaning sword from which his name is derived. 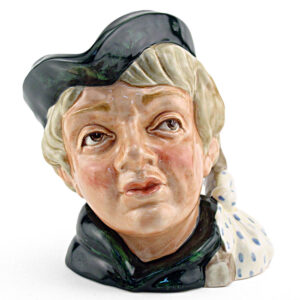 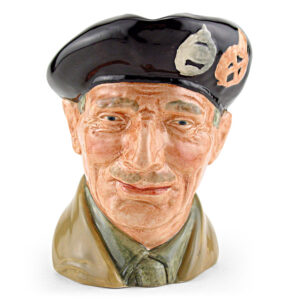