In Roman mythology, Neptune is the god of the sea. According to legend Neptune married the sea nymph Amphitrite and together they had a son named Triton, who was half man and half fish. 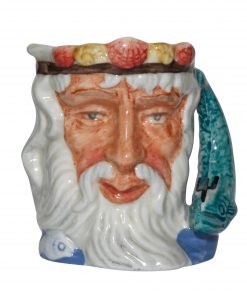