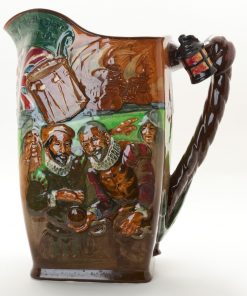 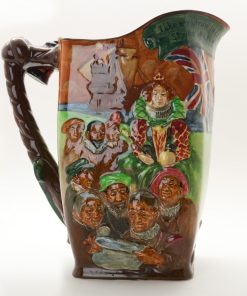 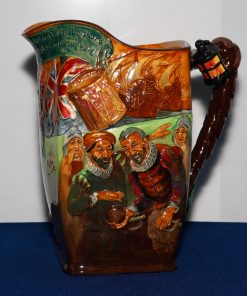 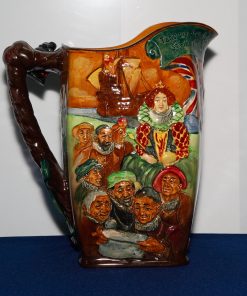 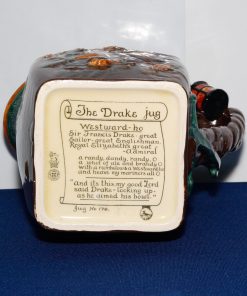 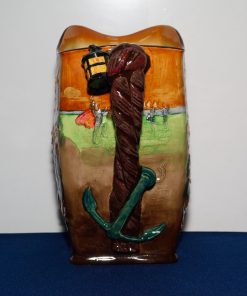 Sir Francis Drake is undoubtedly the most famous of those Elizabethans who, through their seamanship and courage, made England a great sea power. In I577 he led an expedition around the world, his backers including Queen Elizabeth I, the Earl of Leicester, Hatton, Walsingham, Hawkins and the two Wynters. He returned in the “Golden Hind” with a hold full of treasure and was knighted on the ships deck. His other exploits included “singeing the King of Spains beard” by burning the Spanish fleet at Cadiz and sailing as Vice-Admiral against the Armada. According to tradition he insisted on finishing his game of bowls when the Armada was sighted, saying “There is plenty of time to win this game and thrash the Spaniards too.”
The jug with it rope handle complete with ships lantern records two of these events: Drake with the Queen and other backers before the “Golden Hind”, and playing bowls on Plymouth Hoe while awaiting the Armada. An ornate drum is also shown – there is a legend that when England is threatened Drake can be recalled by beating this drum, and under the lip is part of “Drakes Drum” by Sir Henry Newbolt: “Take my drum to England, hang it by the shore. Strike it when your powder’s runnin low”. It continues “If the Dons sight Deven, Ill quit the port 0 heaven An drum them up the Channel as we drummed them long ago.” 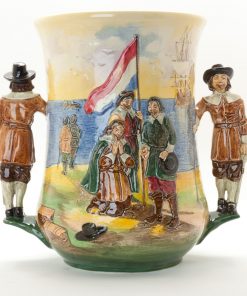 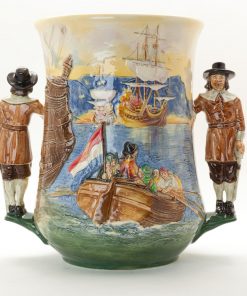 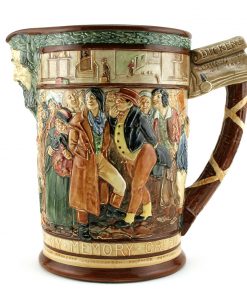 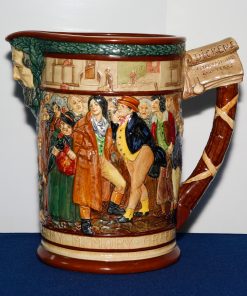 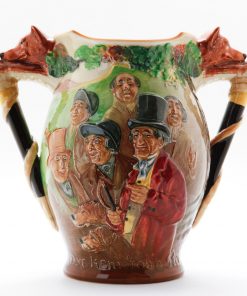 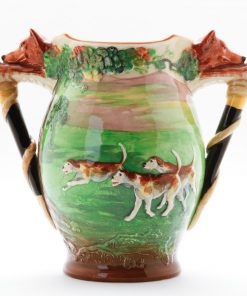 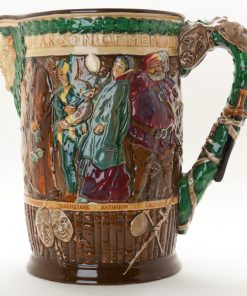 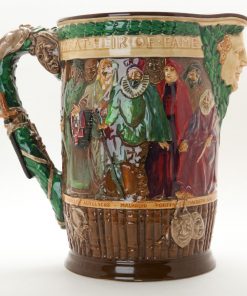 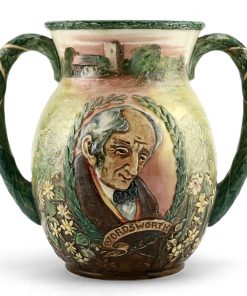 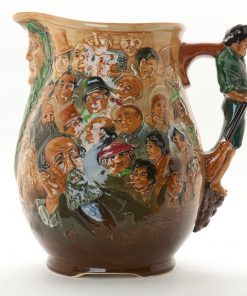 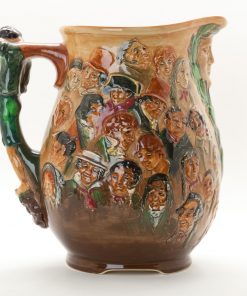 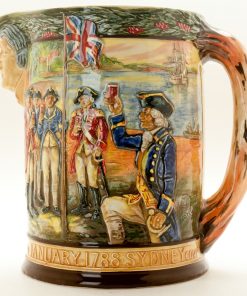 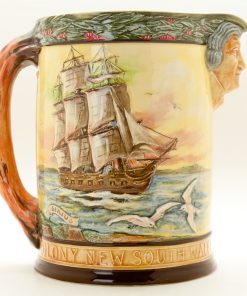 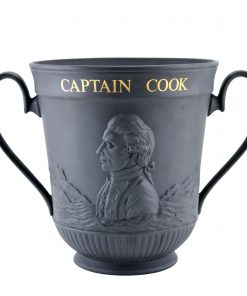 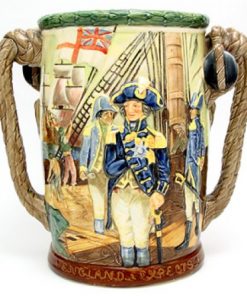 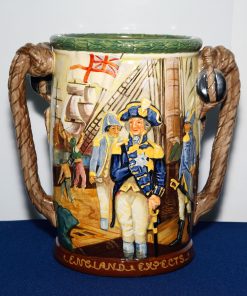 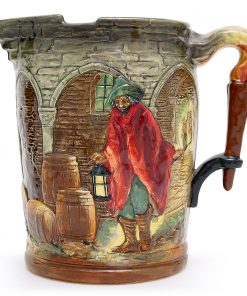 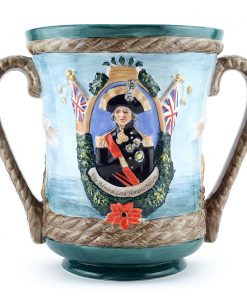 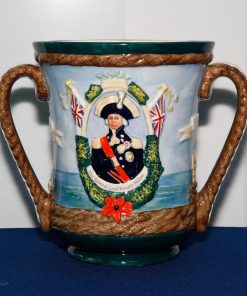 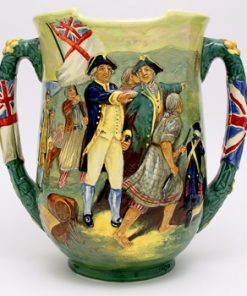