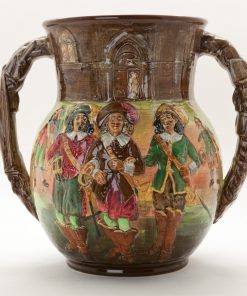 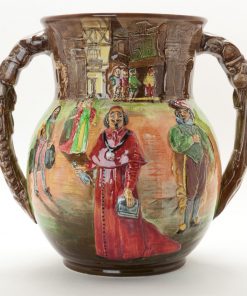 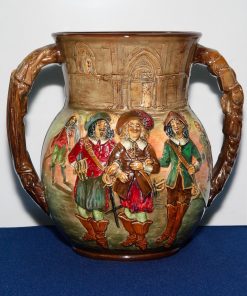 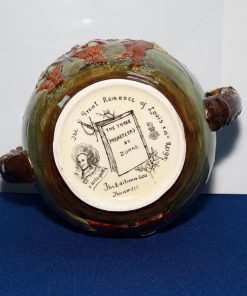 If you would like to know more about this product fill out the form below:
SKU: LVC:Three Musketeers Category: Literary Characters

Alexander Dumas most famous novel, “The Three Musketeers”, tells of the adventures of the impetuous d Artagnan and his three companions, the quiet and wise Athos, strong and simple Porthos and secretive Aramis – the musketeers of Louis XIII of France. The story centres around the love of Qpeen Anne of France for the English Duke of Buckingham and the efforts of Cardinal Richelieu, the kings chief minister, to expose her. He is aided by the infamous Miladi – who plans the Dukes assassination – and the Chevalier Rochefort but is foiled by the efforts of the four friends to protect the queen. In the sequels, “Twenty Years After” and “The Vicomte de Bragelonne” (which included the Man in the Iron Mask sequence) the four are followed through maturity to death.

The principal characters are illustrated on the cup – on one side the three musketeers stand in front of a church, on the other, a street scene, they stand to the rear with d Artagnan, watching the Cardinal and Rochefort (to the right). The handles, modelled as the trophies of war and the accoutrements of pleasure, display the love of an active vigorous life which is portrayed so well in Dumas works. 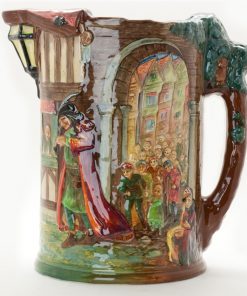 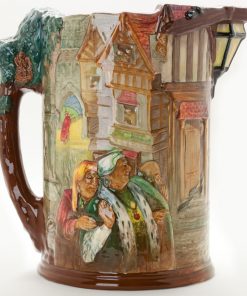 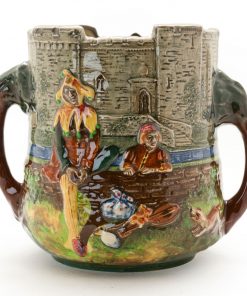 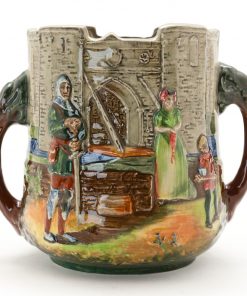 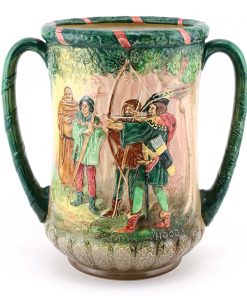 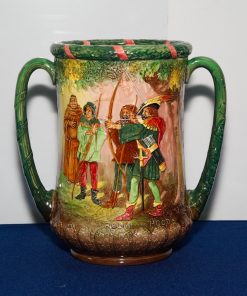 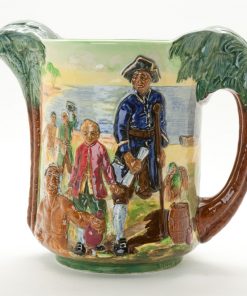 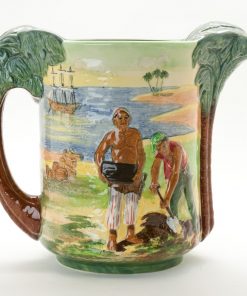