When I first discovered this intriguing teapot during a visit to Baristow Pottery in the UK, I was immediately drawn to the cigar spout and the sculpted handle of Roosevelt and Stalin handle. The bottom of the teapot is inscribed the Yalta Tea Party – a reference to the Yalta Conference. The historical significance of that conference and current geopolitics draw some interesting parallels. The teapot is beautifully made – perfect balance from the spout to the handle. Measuring 7″ high X 5.5″ wide X 8″ (tip of cigar to handle). Great expression of Prime Minister Winston Churchill chewing on his cigar. This teapot is strictly limited to 750 and it is almost sold out. 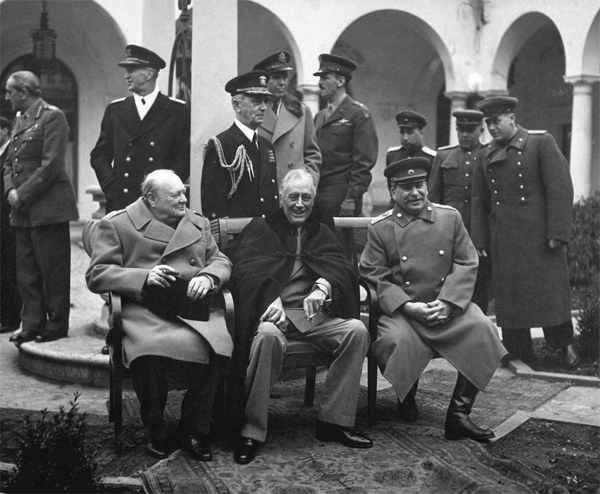 The Yalta Conference, held from February 4-11, 1945, was the World War II meeting of the heads of government of the United States, the United Kingdom and the Soviet Union, represented by President Franklin D. Roosevelt, Prime Minister Winston Churchill and Premier Joseph Stalin, respectively, for the purpose of discussing Europe’s post-war reorganization. The conference on Venedin Livadia Palace near Yalta in Crimea.