Arthur Wellesley (1769 – 1852), first Duke of Wellington, was a British general and statesman. He led the British forces in the defeat of Napoleon at Waterloo in 1815 and also served as Prime Minister from 1828 – 1830. This jug was issued to commemorate the 150th anniversary of the death of the Duke of Wellington. 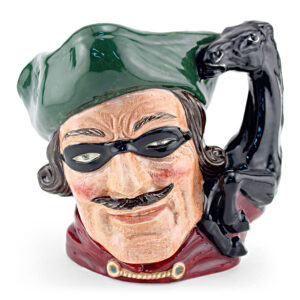