Before there was Wills and Kate, before Charles and Diana, there was Lilibet and Philip.

The queen and her future husband met in 1934, at the wedding of Philip’s cousin, Princess Marina of Greece and Denmark, to Elizabeth’s uncle, Prince George, Duke of Kent. She met the Duke of Edinburgh (then known as Prince Philip of Greece and Denmark) on two more occasions, in 1937 and 1939; after the second meeting, which took place in Dartmouth, England at the Royal Naval College, they began to exchange letters. 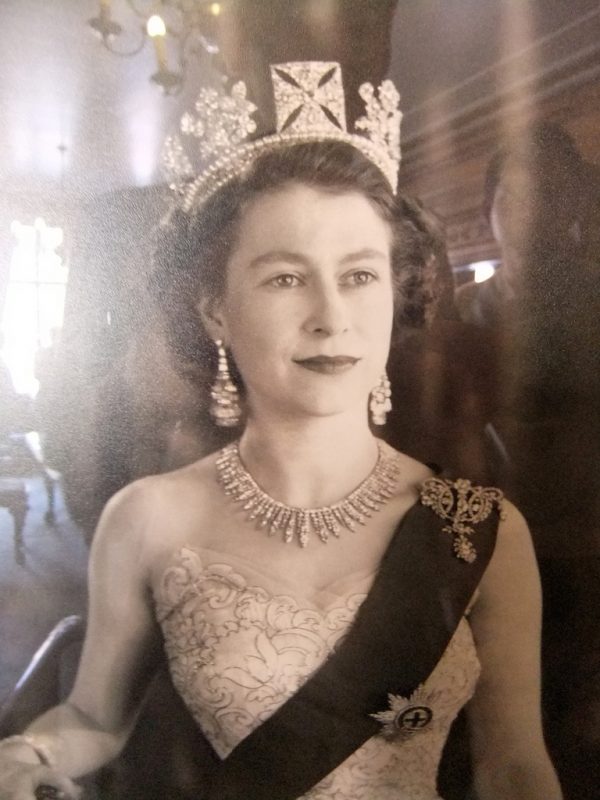 Through their mutual great-great-grandmother, Queen Victoria, they are third cousins, as well as being second cousins once removed through King Christian IX of Denmark. While Philip came from a royal background, there was some opposition to the union: although he was a British subject who served in the Royal Navy during World War II, he was foreign-born and his sisters had married German aristocrats with ties to the Nazis. There were reports that the late Queen Elizabeth the Queen Mother opposed the match, referring to Philip as “the Hun.” Nevertheless, Buckingham Palace announced their engagement on July 9, 1947.

Because World War II had ended less than three years earlier, there was still very high national bias against Germany, and it was decided not to invite the Duke of Edinburgh’s German family members, including his three sisters. The Duke of Windsor, King George’s brother and the bride’s uncle (and the former King Edward VIII), was also not invited.

Since Britain was still recovering from the war’s devastation, Princess Elizabeth used ration coupons to buy the material to make her wedding gown. 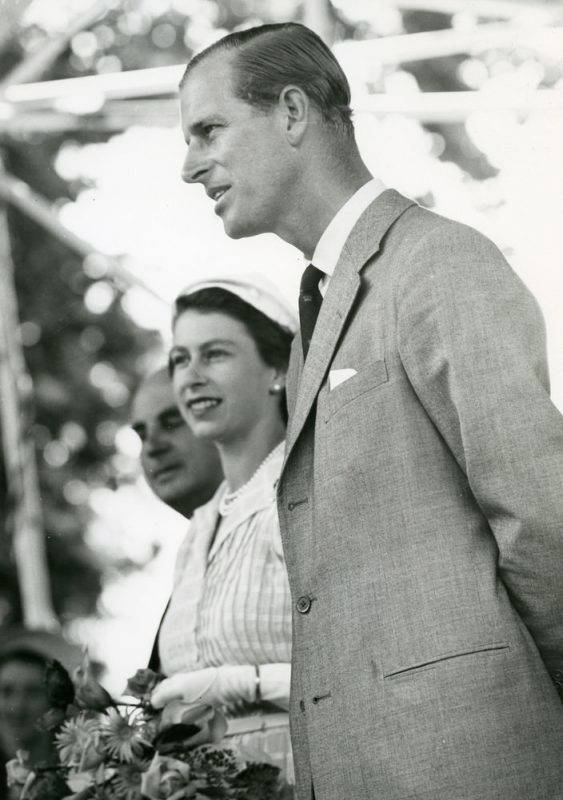 The bride arrived at Westminster Abbey with her father, King George VI, in the Irish State Coach. The ceremony was officiated by the two most senior prelates of the Church of England, the Archbishop of Canterbury and the Archbishop of York. It was broadcast to an audience of 200 million people around the world.

Prior to the royal wedding, Prince Philip renounced his claims to the Danish and Greek thrones, and converted from Greek Orthodoxy to the Church of England. He took the name Philip Mountbatten, the surname of his mother’s family. (His uncle, Louis Earl Mountbatten, was the last Viceroy of India.) He was granted the style Your Royal Highness and created Duke of Edinburgh, Earl of Merioneth, and Baron Greenwich. Elizabeth took the title of her husband and became Princess Elizabeth, Duchess of Edinburgh.
After their wedding, the couple took up residence at Clarence House, in London. At various times between 1949 and 1951, the Duke of Edinburgh, serving as an officer in the Royal Navy, was stationed in the British Crown Colony of Malta.

Elizabeth gave birth to her first child, Prince Charles (now Prince of Wales and heir apparent to the British throne), on November 14, 1948. A month earlier, her father, King George VI, issued letters patent permitting her children to use the style and title of royal prince or princess. Their second child, Princess Anne, was born in 1950. 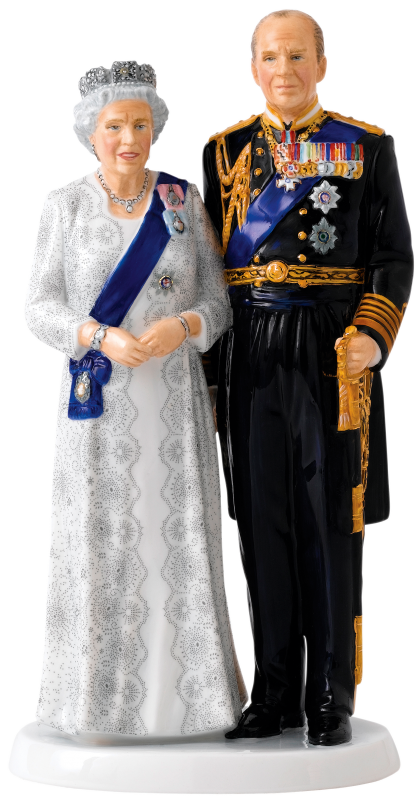 The Royal Doulton QEII Platinum Wedding Anniversary figurine of the Queen and Prince Philip is based on an acclaimed photograph taken by John Swannell in 2012 in the Centre Room at Buckingham Palace to commemorate the 60th anniversary of her coronation. The Queen is depicted wearing her State Dress, made from white silk, satin, and lace, and embroidered with silver colored sequins. The Duke of Edinburgh is wearing a Royal Navy Ceremonial Day Dress uniform, and the sash worn by Knights of the Garter.