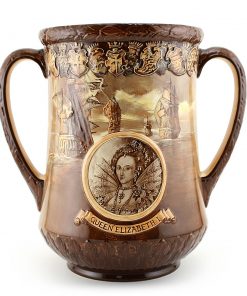 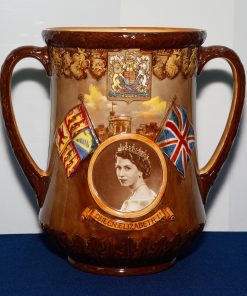 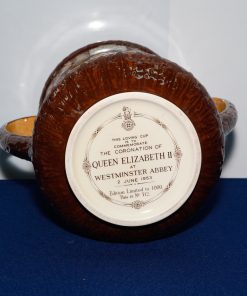 The Queen’s portrait in relief is surmounted by the Union Jack and the Royal Standard. The latter displays the three lions of England, the Scottish lion and the Irish harp. Above are the full Royal Arms, with the golden lion and silver unicorn. The garter encircles the shield with its motto ‘Honi soit qui mal y pense’. The lion crest was first worn by Richard Lionheart and ‘Dieu et mon droit’ has been the sovereign’s motto since the days of Henry VI. The present Queens famous namesake, Elizabeth I is remembered on the reverse, with her portrait shown against a backdrop of 3 galleons illustrating the ascendance of England as a great naval power. Various shields are moulded around the top rim of the cup. 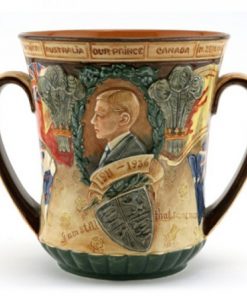 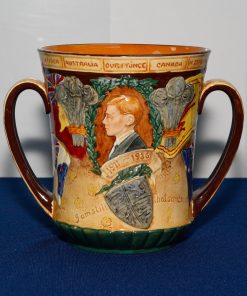 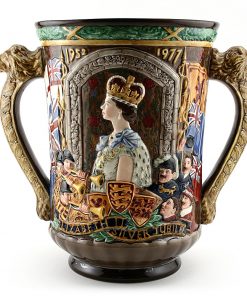 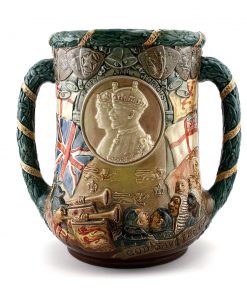 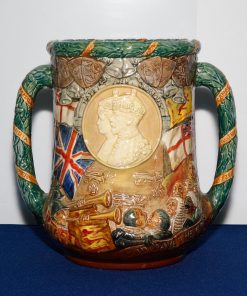 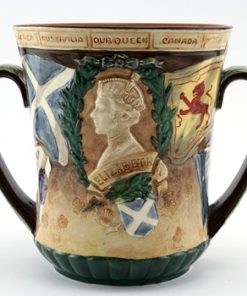 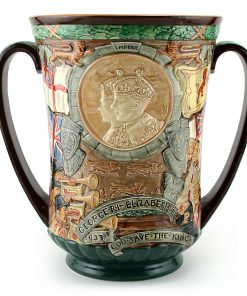 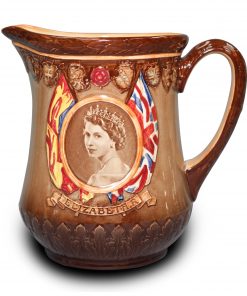 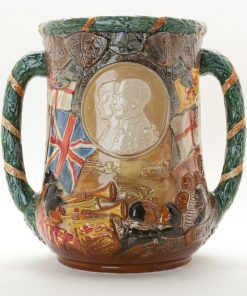 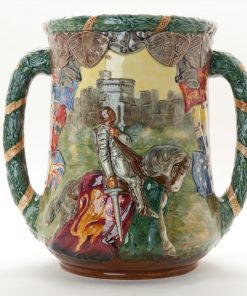 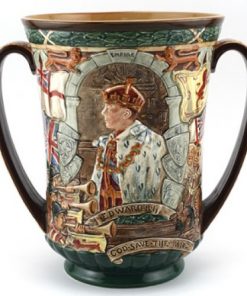 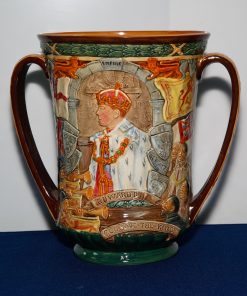